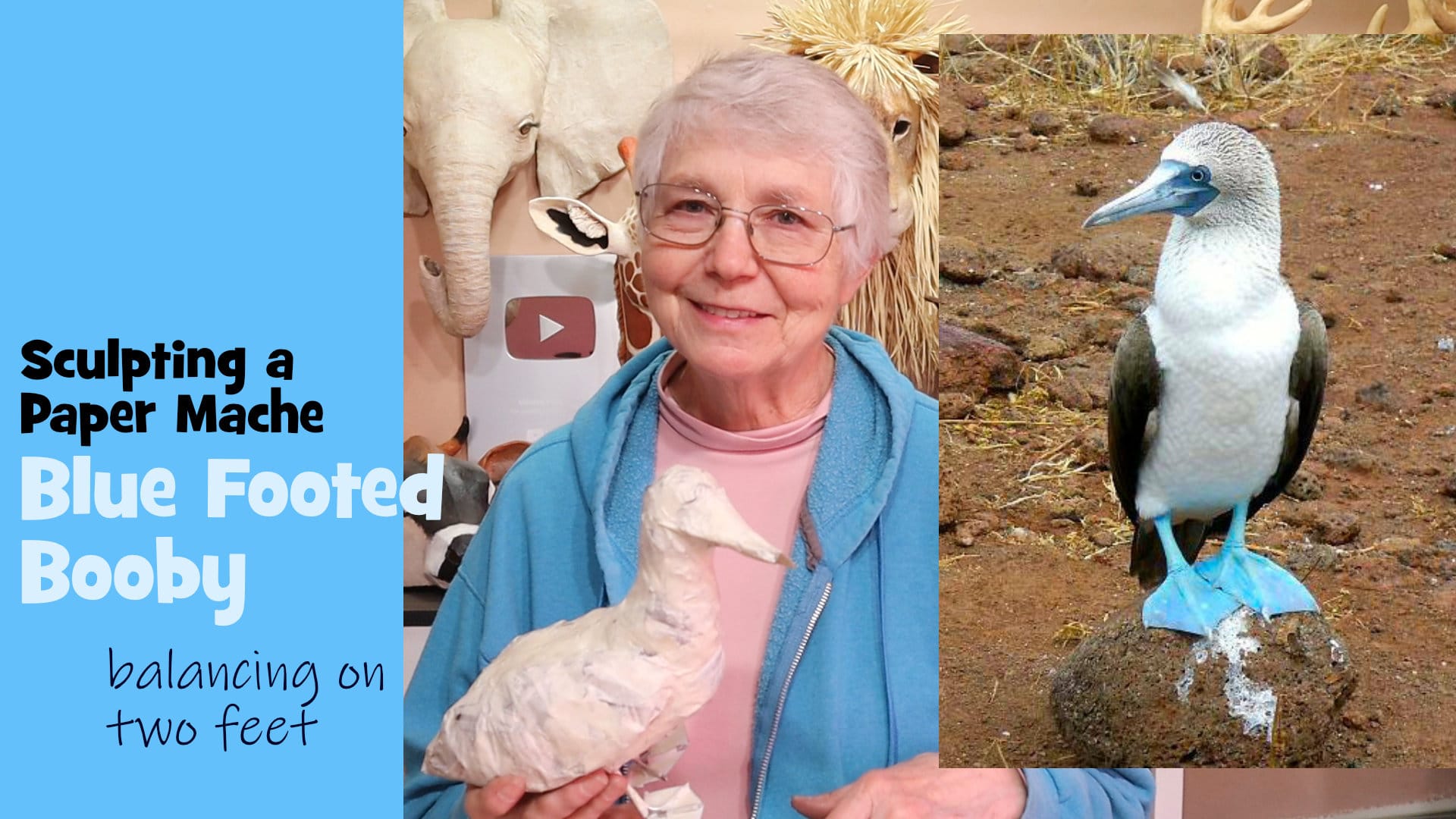 In this video you can see how I’m using a simple inner pattern to create the basic shapes of the Blue-Footed Booby. Then I filled out her rounded forms with crumpled paper and some foil, and I added a ‘sling’ to help her stand on two feet. I’ll finish her in the next video.

A bird sculpture can be challenging because there’s a lot of mass balancing on two small feet. Sometimes it’s possible to use the tail as an extra ‘leg,’ which turns the base into a very solid tripod.

But I decided that I’ll eventually have two boobies courting each other, with the dancing booby firmly attached to a base. In my search for photos, all courting boobies have their tails pointing straight up, whether they’re the dancing partner or not. (Yes, both sexes show off their pretty blue feet in a dance.)

With the tail straight up, the two feet have to balance the bird, and that’s going to be possible because of the sling-thingy that I made for the feet.

And yes, I did say in a previous post that I would try to make a dancing booby that didn’t need a base, but that turned out to be a silly idea. I have those sometimes… 🙂

Links to stuff I mentioned in the video:

Be sure to watch for the next post, when the booby will get her feathers and air dry clay. I’ll also sculpt her beak with some Magic Sculpt that I happen to have on hand.

Their beaks have a lot of unusual details, and the eyes seem to be part of the beak ‘structure.’ Be sure to look up photos of blue-footed boobies and use them for your model when you sculpt your own booby’s beak.