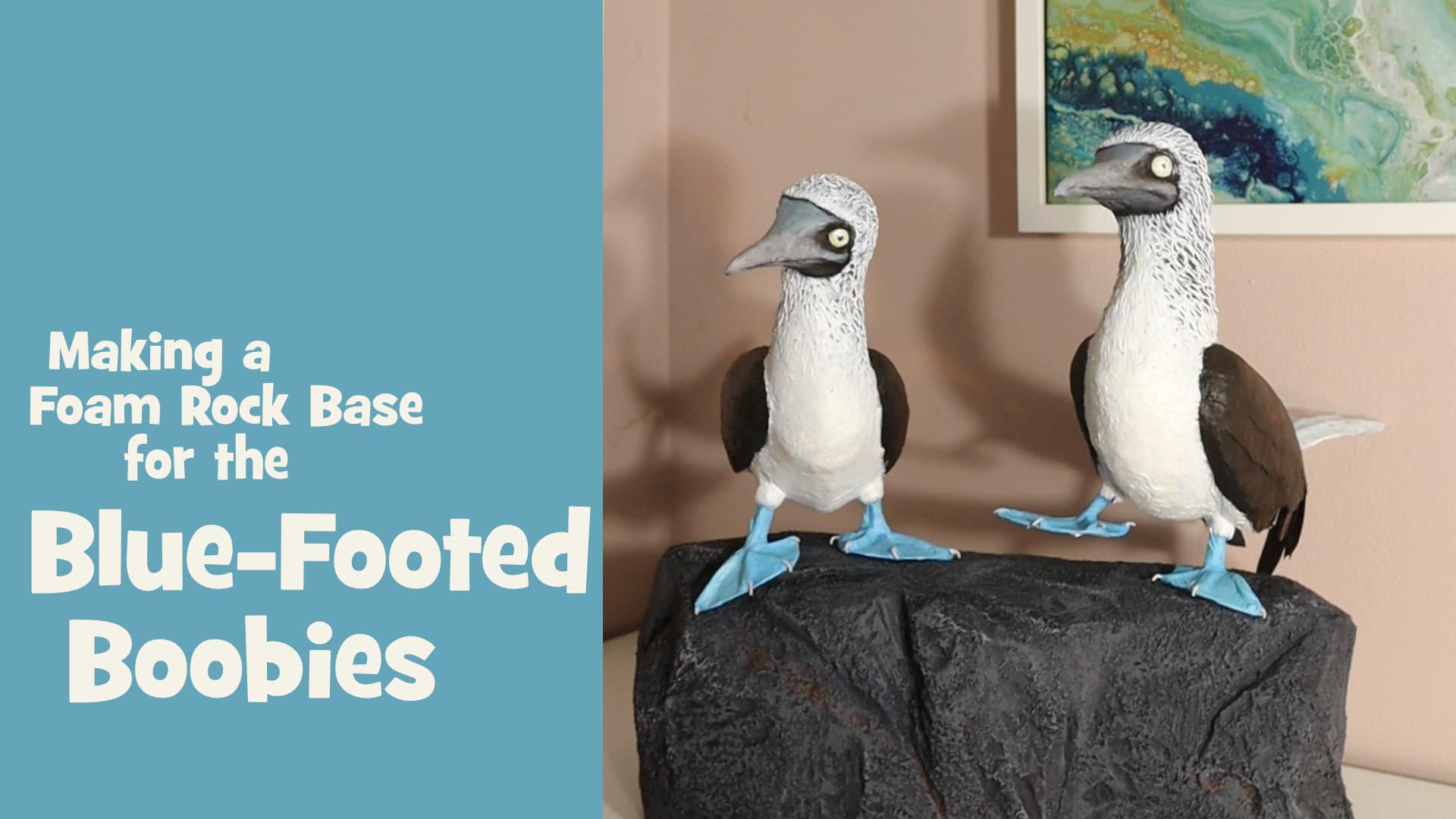 This project was supposed to be a simple tutorial showing how to make a bird sculpture stand up on two feet.

Then it kind of got away from me, and I kept adding to it. First, the Lady Booby needed a mate showing off his nice blue foot. Then I decided that they needed a base made with foam, something I’ve never done before, and it should look like a rock from the Galapagos Islands.

Lots of experiments, lots of playing around – but I think they came out OK.

However, you’ll want to watch the video to see the mistakes I made while I was learning how to use the hot wire tools, and when I glued the blue foam boards together. I learned a lot on this project!

Links mentioned in the video:

Do you have tips and tricks for sculpting foam?

If you do, please let us know in the comments below. I’m obviously not an expert, so any advice you have would be much appreciated. 🙂