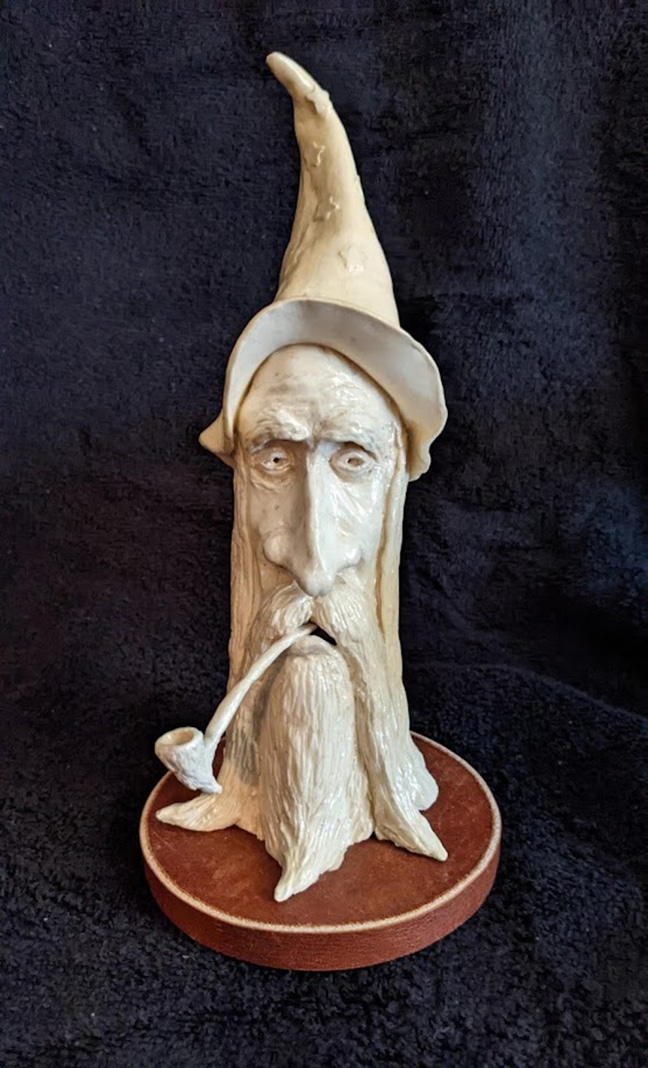 For this project I used printer paper paper mache ( used printer paper ). I tore it into small pieces and let it soak in water for several hours , and then used an immersion blender to break it down as much as possible. I wanted a very smooth product. I got most of the water out using a strainer , but then , in small batches , squeezed out as much water as I could using a piece of linen . After that I kneaded it ( again , in small batches ) with white glue , until it was smooth and thick ….suitable for detailed sculpting.

I made an armature out of aluminum foil . I used a butter knife to get most of the material onto the armature and then clay sculpting tools for the details. The hat was made by rolling out a thin sheet of paper mache onto wax paper ….when it was almost dry it could be easily cut and shaped. The stars on the hat were made using a star shaped hole puncher and cardboard. Once everything was assembled and dry I gave the entire piece several coats of acrylic paint , which greatly improved the “smoothness” . The final step was to varnish it . The base is a wooden disc with a strip of leather glued around the outside edge. 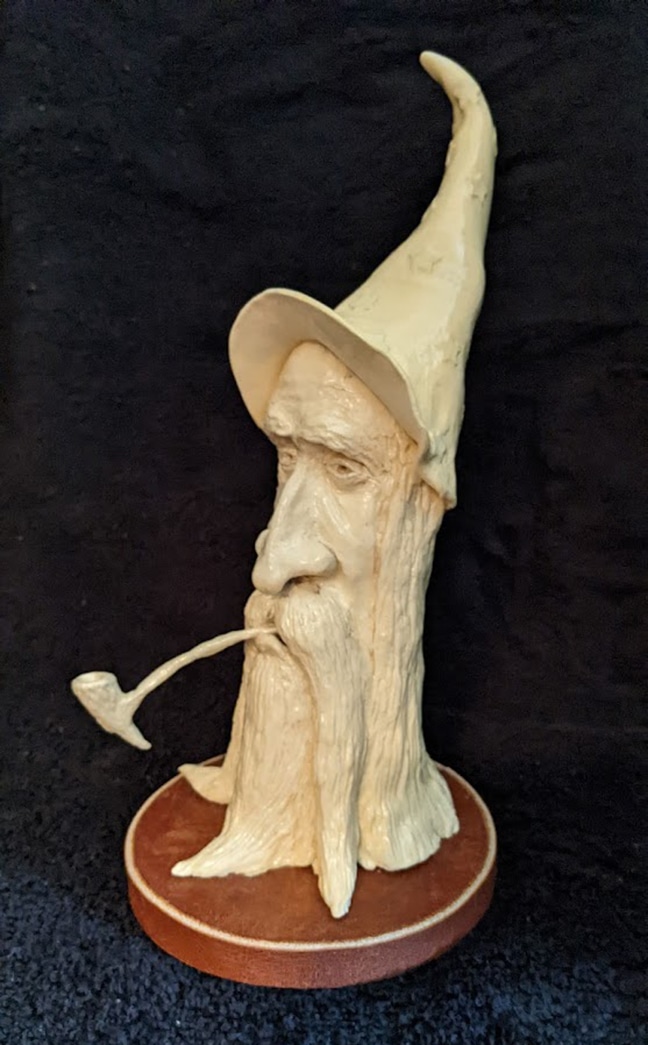 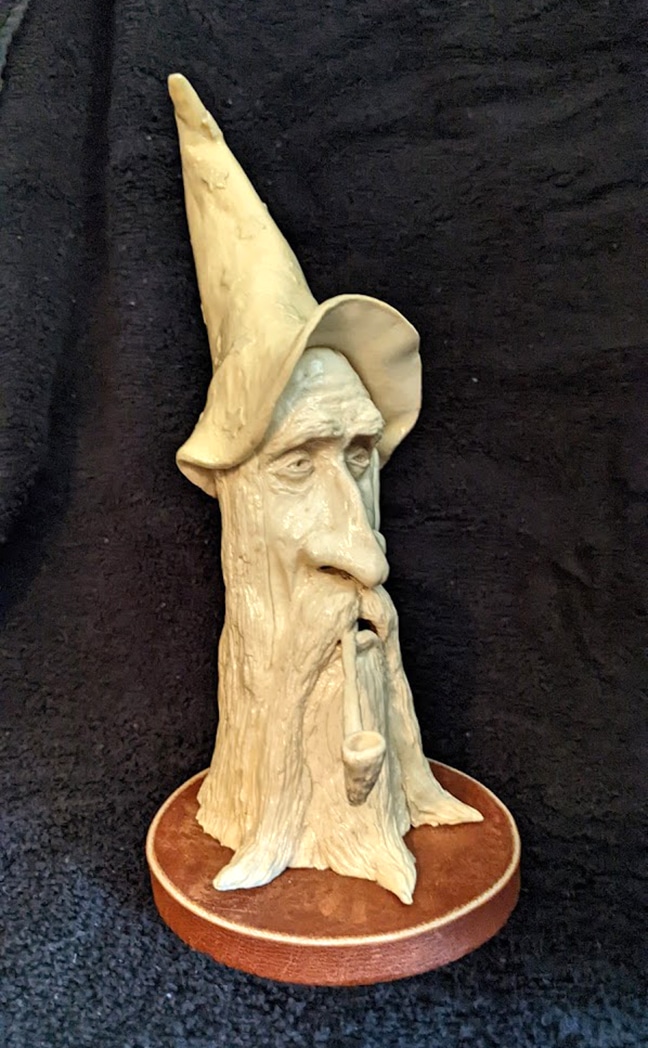 6 thoughts on “The Wizard”