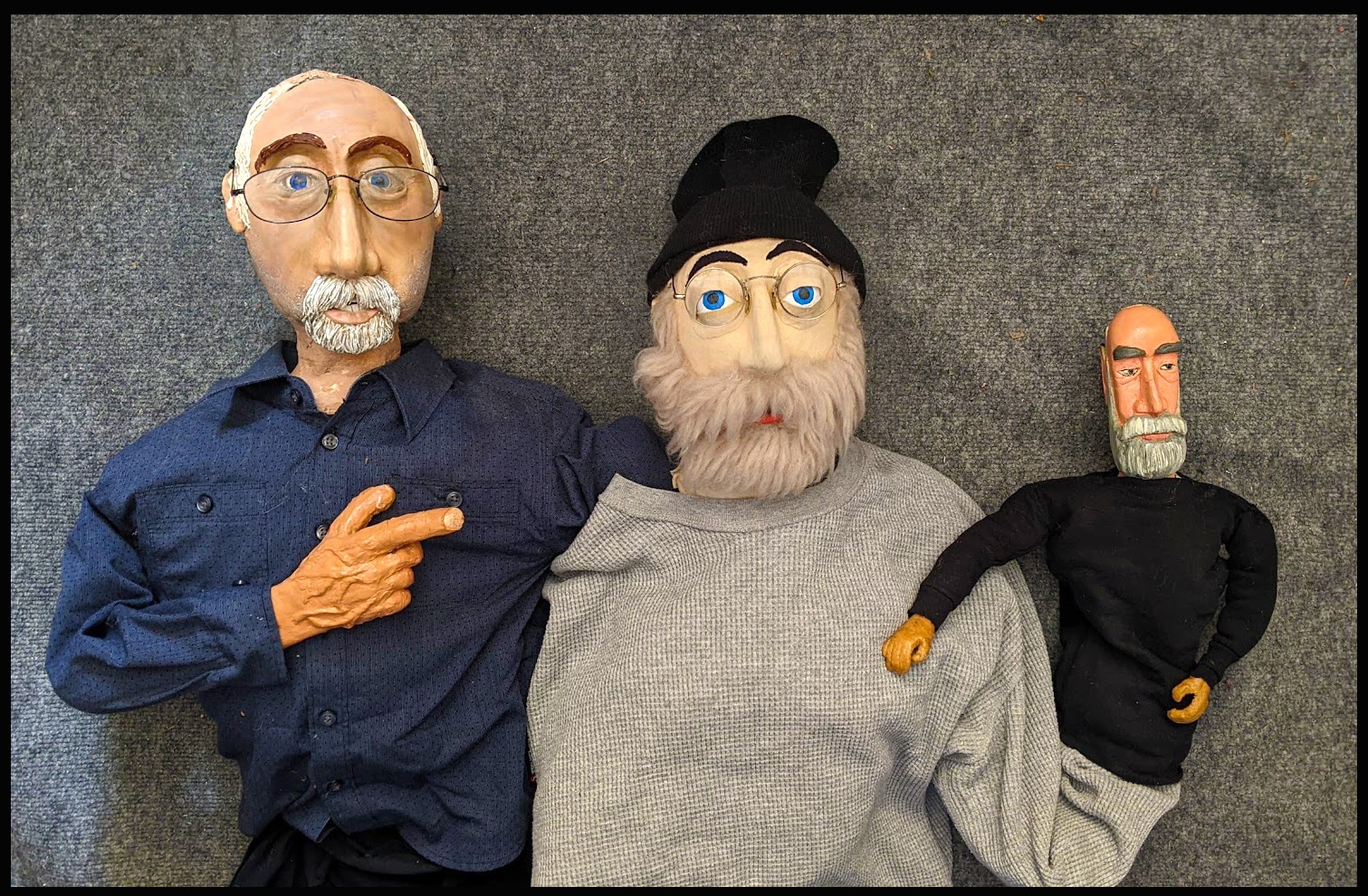 Here are three puppets that I have made. The two larger puppets are made with paper mache and the small one is carved from a block of basswood.

The big puppet on the left side of the image I made like a ventriloquist dummy . The eyes move from side to side and up and down , and the mouth opens and closes. Everything is controlled from inside the head . It was quite a challenge to figure out how to get everything to work , but it does actually work ! His form is made from plaster covered gauze , then covered with paper mache.

I tried to make the puppet in the middle more like a Muppet ( I call him Jonny Muppet ) . He was made by covering a balloon with glue soaked string. When the string was dry the balloon was popped and removed . The mouth mechanics were figured out and then paper mache was applied. I covered the entire face with a t-shirt ( being as Muppets have a fabric surface ) . I did not have a flesh colored t-shirt so I dyed a white t-shirt with hot tea ( making it an actual tea shirt ! ). Using an aerosol can of glue I very carefully wallpapered the face with the shirt. The beard is wool yarn , glued on strand by strand .

The little puppet was carved from a block of basswood .

I was going to try to make ventriloquist videos ….but the video part is something that I still need to learn. As far as ventriloquism goes I find that it really doesn’t matter if I move my lips …. if the puppets mouth is moving people look at him. All three of the puppets are caricatures of me. I thought that the substance of my banter could be me arguing with my alter ego . I have learned that I am much better at doing art than I am at making ventriloquism videos……