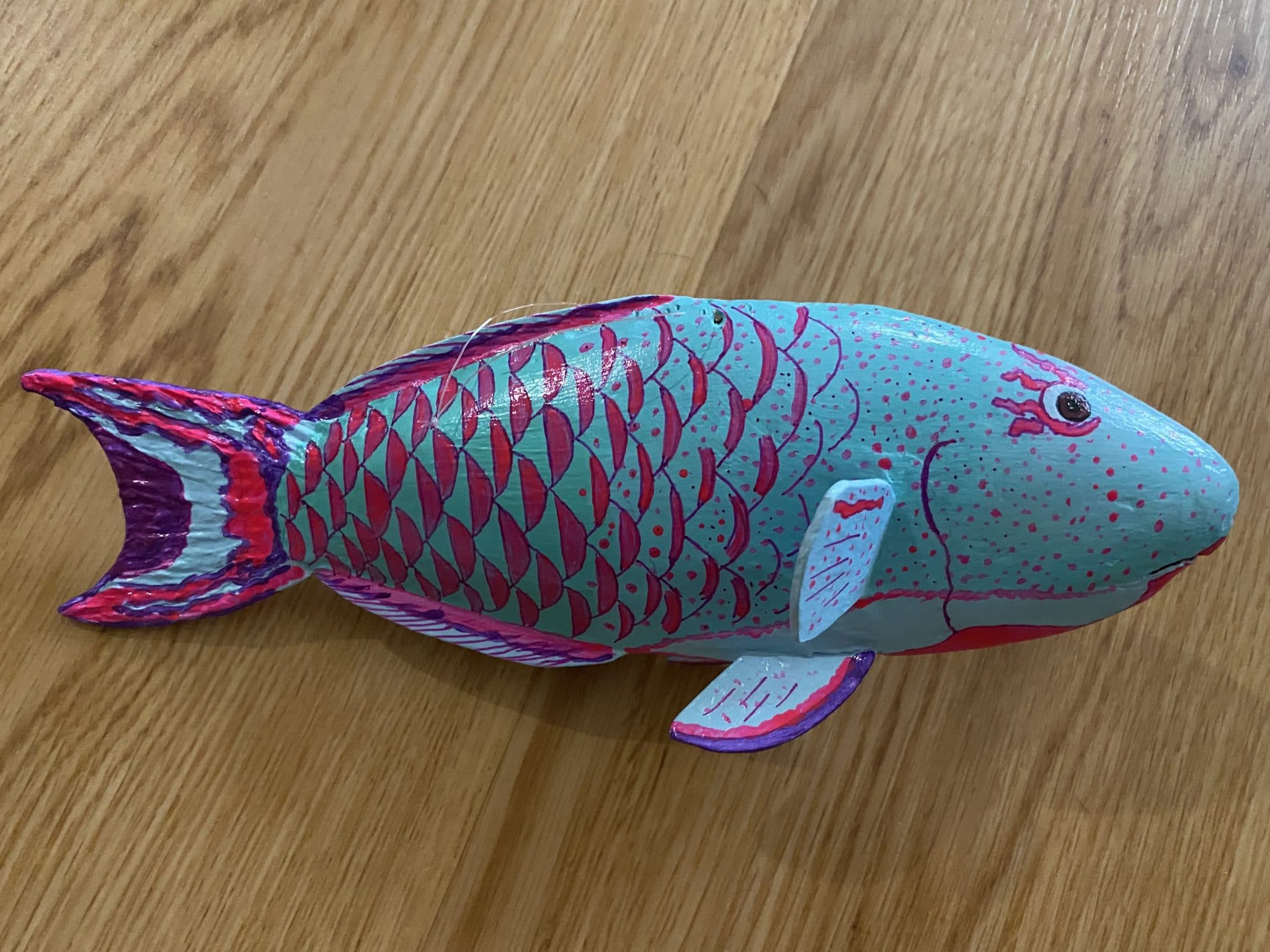 After making my very first papier-mâché clown fish ornament I was afraid to attempt a second ornament. Beginners luck could mean frustration the second time around, or so I thought. I talked myself into making a second fish.

I made the mistake of leaving my first batch of papier-mâché clay on the table for a week instead of refrigerating it. I realized that it smelled a lot like bread starter! Well, go figure. (Next I’m going to make a real batch of bread starter, something I’ve never done before, either.) I mixed up another batch of papier-mâché clay. I was a little frustrated that the parrot fish wasn’t as smooth as I would like him to be. So, after the second coat of papier-mâché, I used straight drywall patch to do the final smoothing. It only Required a little extra care when sanding smooth. If the drywall particles bunch up under the sandpaper, it creates more holes. I knew this for many years of repairs to my house and now I learned it again making a fish!

I think Mr. parrot fish will look very nice with my bouy and fishing lure ornaments on my Florida Beachin’ Christmas tree.