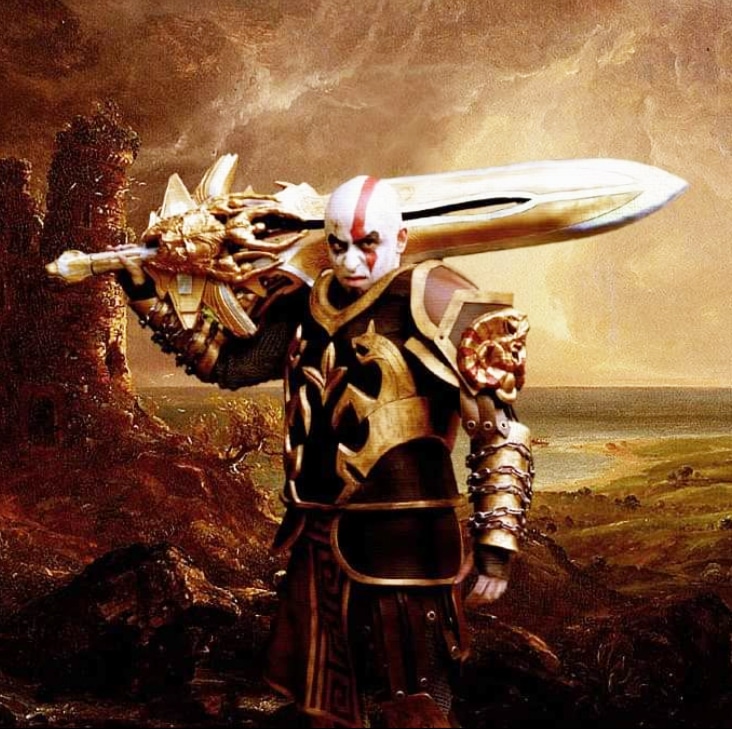 One of my sons enjoys participating in cosplay . A few times ( 3 times to be exact ) I have made elaborate costumes for him so we could compete in various costume contests that most Comicons have. You have to make a costume , submit a photo , and hopefully get accepted into the very limited field of competitors that participate in an on-stage competition. A few years ago he asked me to make a “Kratos” costume for him . Kratos ( I had never heard of Kratos ) is a video game character. Kratos is a warrior. I accepted the challenge.

For my references I searched the internet for images of Kratos , and my son bought a Kratos action figure .

I needed to make the costume and the gigantic sword that Kratos carries. I kept a log as to how many hours it took to complete the project ( it took me 300 hours ). We started 6 months before the competition.

To make Kratos I had to first figure out what I was going to do , then draw full scale plans. Many different materials were used ….but the main ingredients were paper mache , leather , rubber floor tiles , and paint. If you look at the images you can see some sculpted figures on the sword…..those were made with paper mache . The shoulder ornaments and the design on the back were also made with paper mache. The “armor” was made using rubber floor tiles covered with leather. The skirt was made with painted leather. Since leather is pricey I used old leather jackets that I got at flea markets.

The blade of the sword was made using rubber floor tiles adhered to an armature made using PVC piping .

My son even shaved his head ….onto which I airbrushed the make-up . Kratos was a very successful costume . Not only has it appeared in magazines , but we were invited to participate in the bell ringing ceremony at the NY Stock Exchange…..and , in the NYC Wintercon event , Kratos won Best In Show.

The first image here is a picture of Kratos that I Photoshopped , changing the background and the color tone.  I also posted the original photo before the Photoshop work. In the image of Kratos and an old man , well , that old man is me. 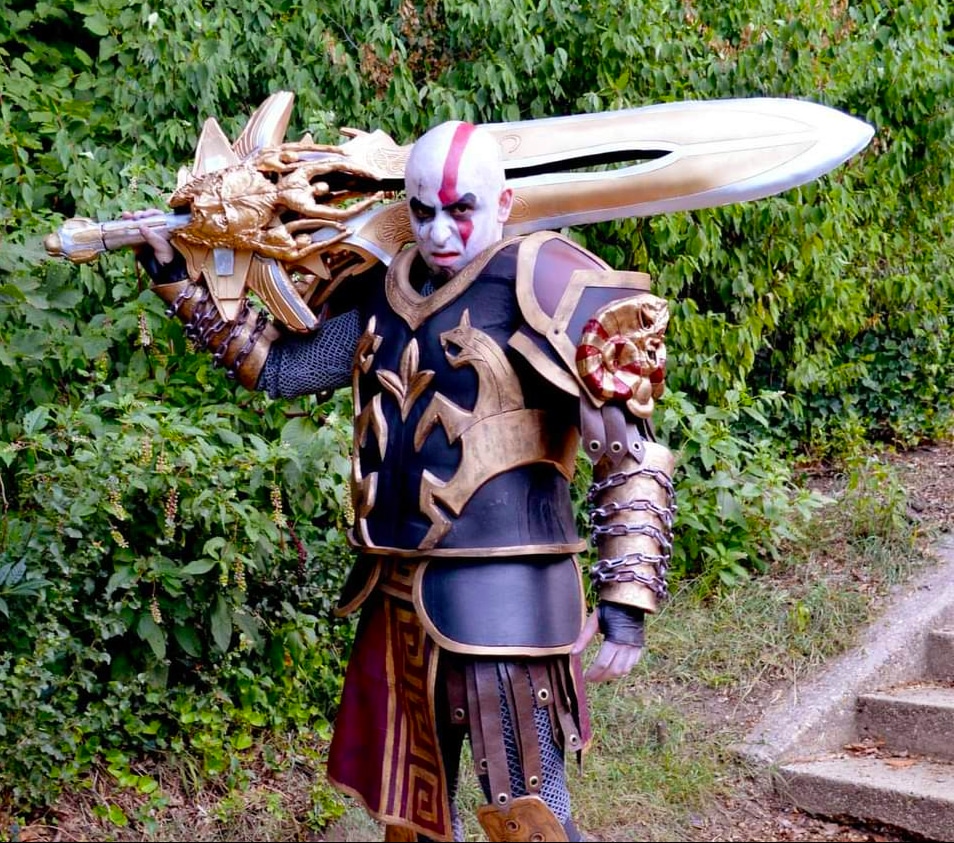 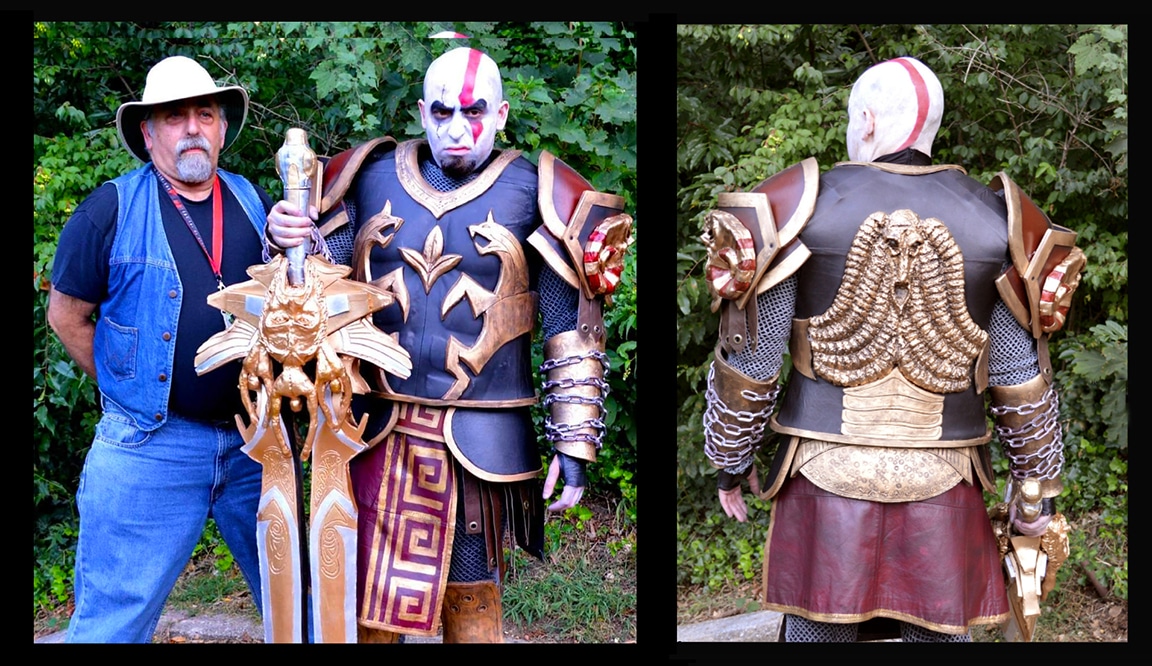