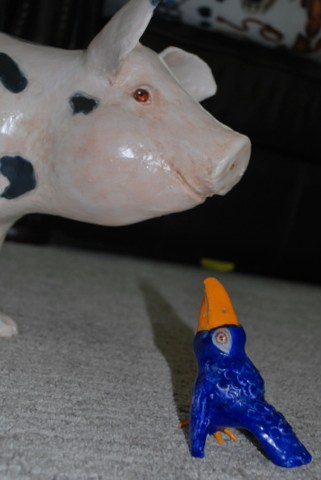 There is a long story to this silly little bird; however, as she ended up, she is more curious than silly. She began years ago when a cousin was visiting and either said she could never do such a thing or do paper mache. I told her, “Of course you could. This is how Jonni begins.” I picked up a little piece of newspaper, crumbled it into a ball, stuck a smaller ball on its head, and a piece of loose cereal box beak went on her beak. I dabbed on a little bit of clay to show her how easy it was. For three years she’s been sitting on my work table, in a drawer, in another project box, etc. I cleaned off my table and said, “All right, enough of the show-and-tell.” As I raised my hand to throw her in the garbage, she squawked. First a beak, then the claws, then eyes, wings, and tail. She changed from some type of little monster into a little curious thing who is now making her rounds, as you can see. She is a little joy already. 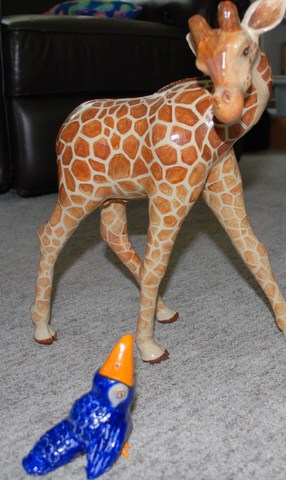 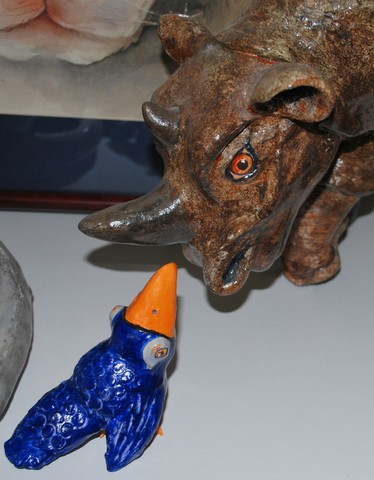