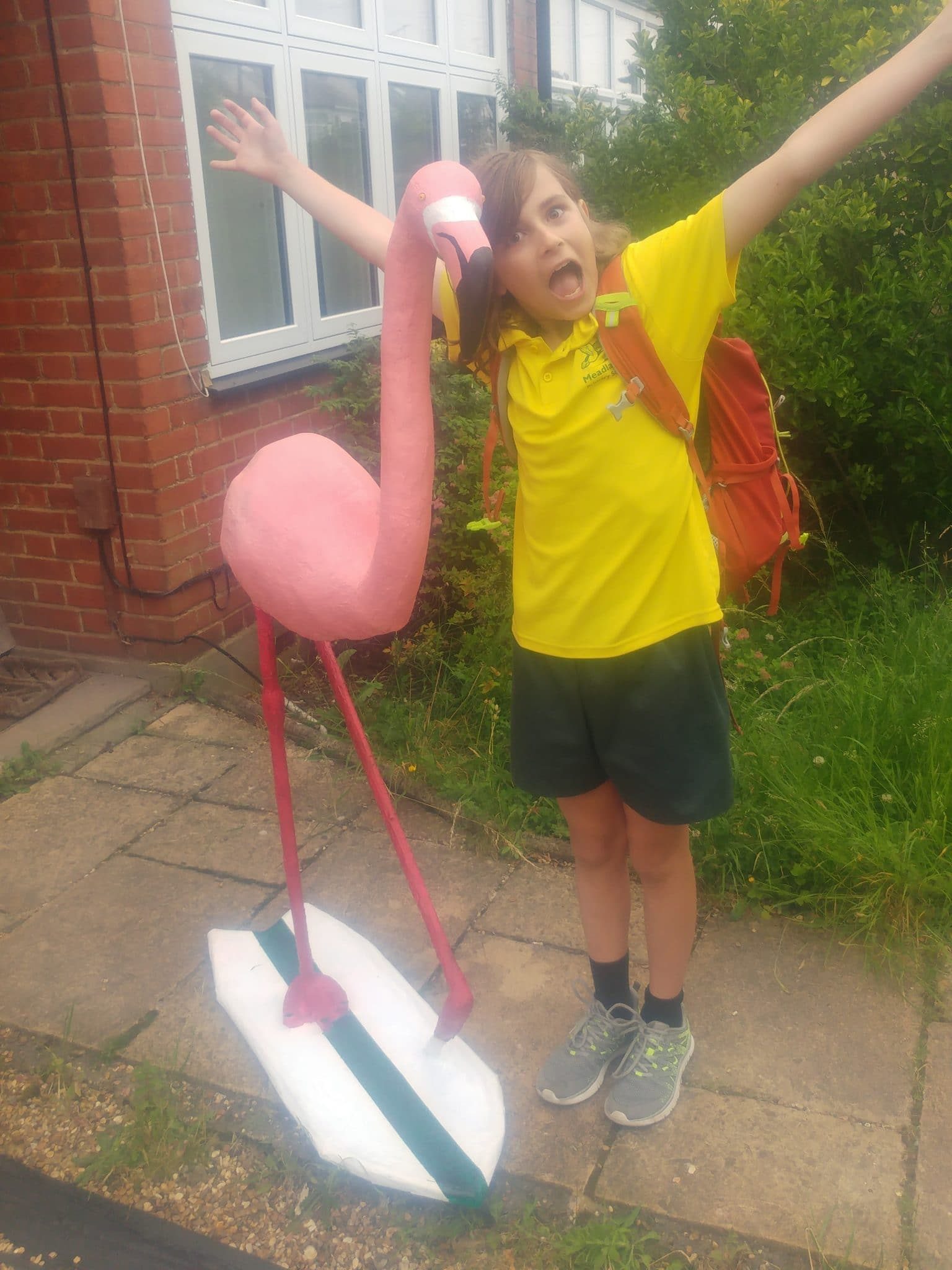 Made by Carl Myhill

This is the 5th bird we’ve made. Isaac’s school classes are named after birds so we always make the bird of the year (actual size). We first built an Emperor Penguin, then a Scarlet Macaw, Snowy Owl (with flapping wings), Rose Ringed Parakeet (bigger than actual size) and now this Greater Flamingo.

We started by finding a picture of a bird we wanted to made then made a grid and transferred the grid to hardboard, which we then cut out. (I’m not very arty so find this bit quite hard but the grid saves me!).

We used PVC pipe for the legs and PVC pipe cement and some resistance fit into some wood glued to the hardboard. We use both wood glue and then hot glue to hold it in place whilst the wood glue sets. It was much more solid than i expected, though getting the balance right was very difficult because the flamingo is on one leg, the other leg also touches the floor but doesn’t offer much support.

We needed some base to hold it all up and glue the feet to, so we used MDF for that and Isaac decided we should make it look like a surfboard (and it was his project!).

As we added paper to fill out the body, all the extra weight caused the straight leg to bend. So i bought a 1m threaded steel rod and some nuts and created a night tight resistance fit in the PVC pipe and glued it in place. This fixed the lean and surprisingly has worked so far.

We used Papier Mache clay for the first time on this project. It was difficult to get it smooth but i used Jonni’s method of smoothing it whilst wet with some water and PVC (and bare hands!) and when dry i used a mouse sander outside, which worked OK. For the beak I used filler (joint compound) neat to try for an extra smooth finish (with some sanding too).

We used foil to make the shape of the beak this time. We’d not tried that before but it worked out for us (previously I’ve made the shape with bits of plastic milk bottle).

We were going to put the gesso base before painting but ran out of time so we just went for it with the acrylics and it worked out fine. I buy the eyes from a taxidermy shop (it’s our treat!).