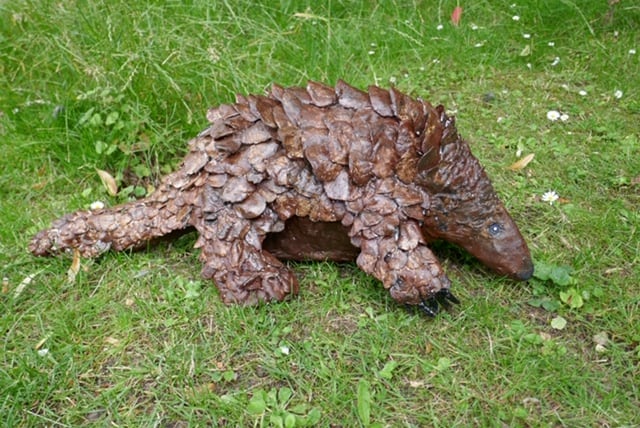 Made by Alison Roome

An animal trail made me want to represent endangered animals to represent one world we all need to share . I have been moved by the pangolin’s fate over the last few years and what an extraordinary animal it is .

First I started using an armature following Jonni’s racoon and using ordinary paper mache with wire to strengthen the legs and tail .I made claws for the front legs . I then covered his head with paper mache clay (amazing stuff ) and made the small scales on his head by sculping . The big scales were a real challenge ! I tried all sorts of ways to make these –first making them with the ‘clay’ and pushing them onto the papermache body but they often lost their shape or stuck to each other in clumps . They also made the body really wet again . I had to put the pangolin in the oven but he didn’t really fit!

Then I tried making scales individually and drying them in the oven . This worked better but was really slow and often the scales were the wrong size or shape and had curled too much . Eventually 2 days before I needed the pangolin to be finished I found I could roll a thin layer and partly dry this in a low oven, then cut the scales out to the size I needed before finishing them quickly in a low oven . They could then be hot glued on . If I ever made him again . I’d do it this way and also paint them all before attaching .

It was a slow process and each scale is individually made .

I cheated with the eyes –they are black buttons with a white head pin put through to hold them on placed into a small ‘dip’ in the paper mache work .

I love looking at everything people have made and watch Jonni’s videos again and again —fabulous Thank you so much. 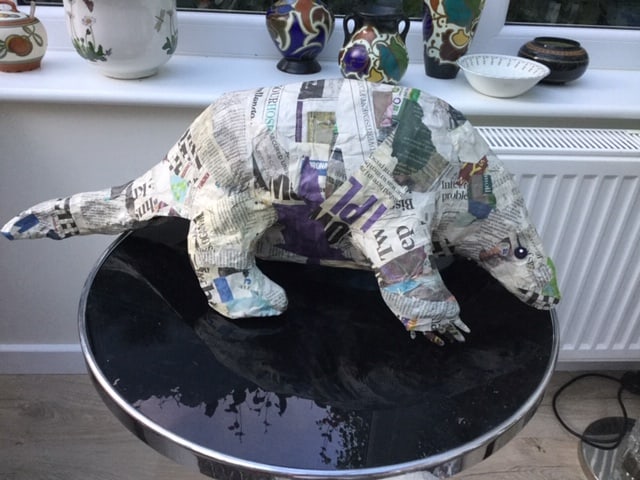 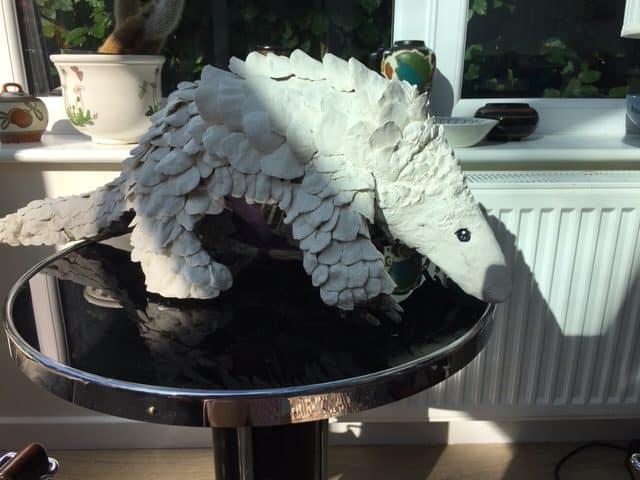 3 thoughts on “Pangolin for ‘ONE WORLD ‘ Tableau”