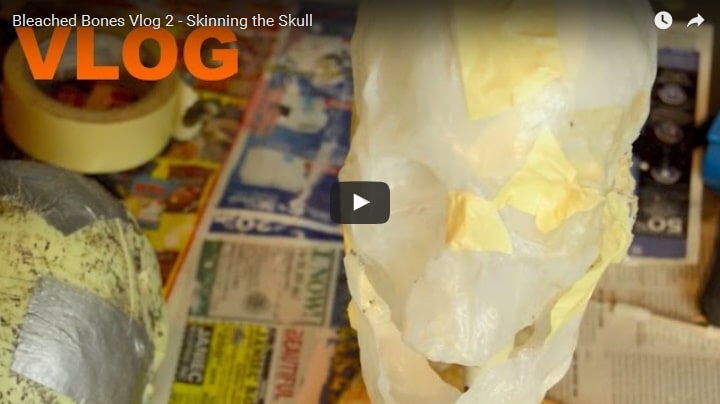 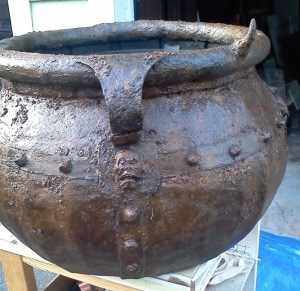 Our old friend Rich (GhoulishCop) has been putting out some great videos on YouTube lately.  He’s doing a YouTube Vlog (video blog) instead of making traditional how-to videos, so we get to join him every day as he builds the props for the haunted Halloween yard display he’s working on for next year. We get to see both what works for him, and what doesn’t – and we get to know Rich a little better, too, which is a lot of fun.

In the video at the top of this page he’s starting the process of putting some skin on a skull, using his new air-dry clay recipe that uses cellulose insulation and his home-made glue. (I’m not really sure it works with Elmer’s, but since saving money is half of the reason for using his recipe instead of one of mine, you should go with the home-made glue, anyway).

You can see the video that includes his new recipe for air dry clay here, and his recipe for the home-made glue used in the air dry clay here. I haven’t had time to try his new recipe yet, since I spent the last few months working on my new novel, but you can see from the video that it’s easy to work with, smooth, and cheap. Working up a batch is definitely on my to-do list.

If you have any interest in creating a large display like this, even if it’s for a holiday other than Halloween, I highly recommend that you subscribe to the GhoulishCop YouTube channel. That way, from now on you’ll get a notice once a day when he puts out new videos. In fact, I regret not telling you about this series sooner, because he’s already on Vlog #33!