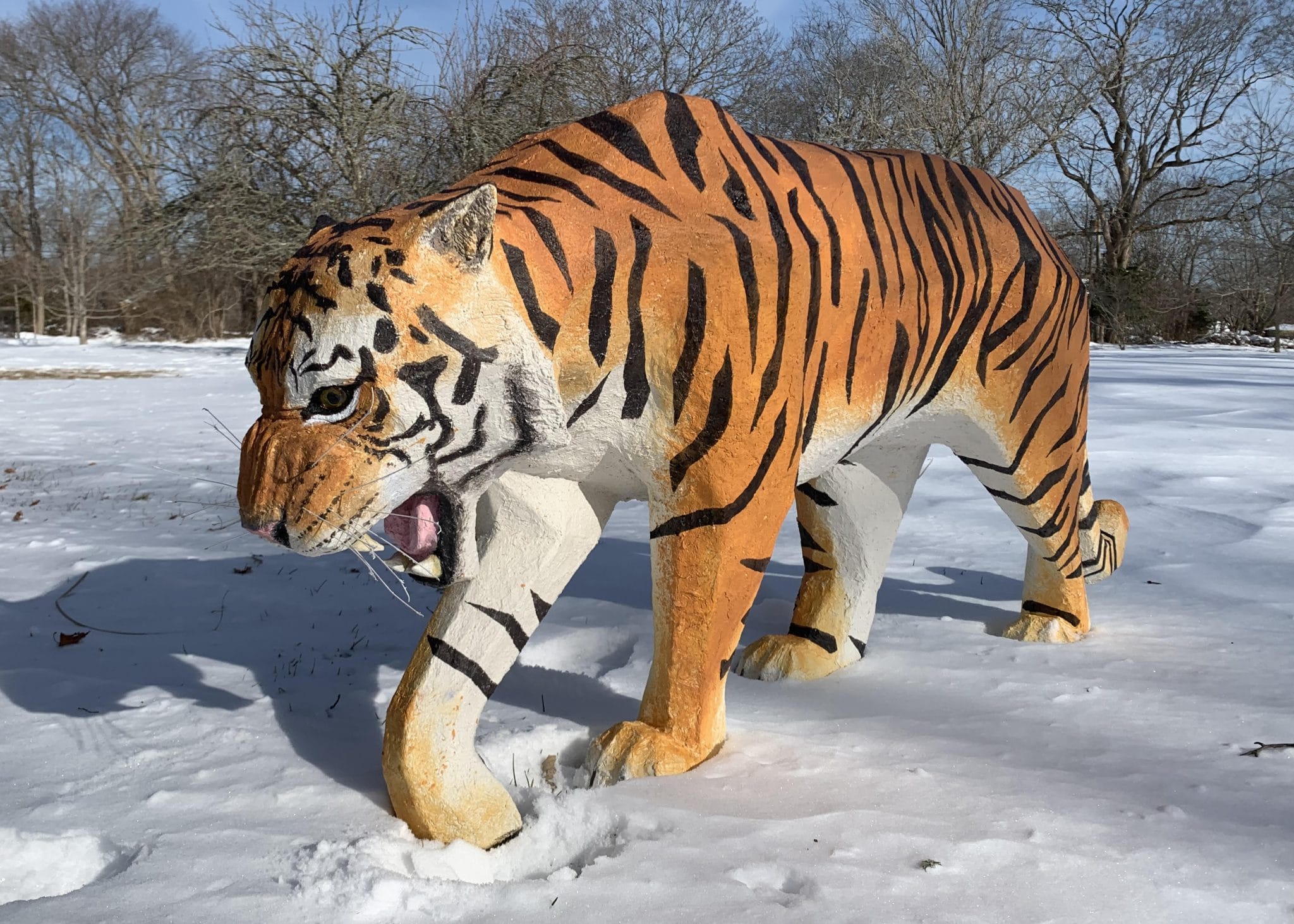 Made by Noah Brennan

It started as a papercraft pattern I bought elsewhere online. I constructed the pattern with paper and then the plan was to reinforce it with regular old papermache newspaper. I thought it would need to be stronger to hold the papermache clay. Come to find out, it didn’t. It was a HUGE mistake as the paper pattern was obviously not water resistant. The pattern collapsed once wet from the paper mache. I was able to redo that section of the tiger and moved on. I covered the whole thing with packing tape to make it water resistant. I then papermached the whole thing, covered the papermache with more packing tape, and then added the final layer of paper mache clay. It was a nightmare of my own creation. A huge waste of time that wasn’t needed. In other projects I’ve done since then, I just covered the initial printout with packing tape and that was enough for the papermache clay to sit on.

The eyes I’m proud of. The image doesn’t show it well but they are glass cabochons of which I painted the backs. They’re beautiful and pop nicely. Close to those are the whiskers, which are plastic broom bristles painted white. The sculpture rests on the second floor of an open beam solarium. It’s the perfect location as he can glare down at passersby. 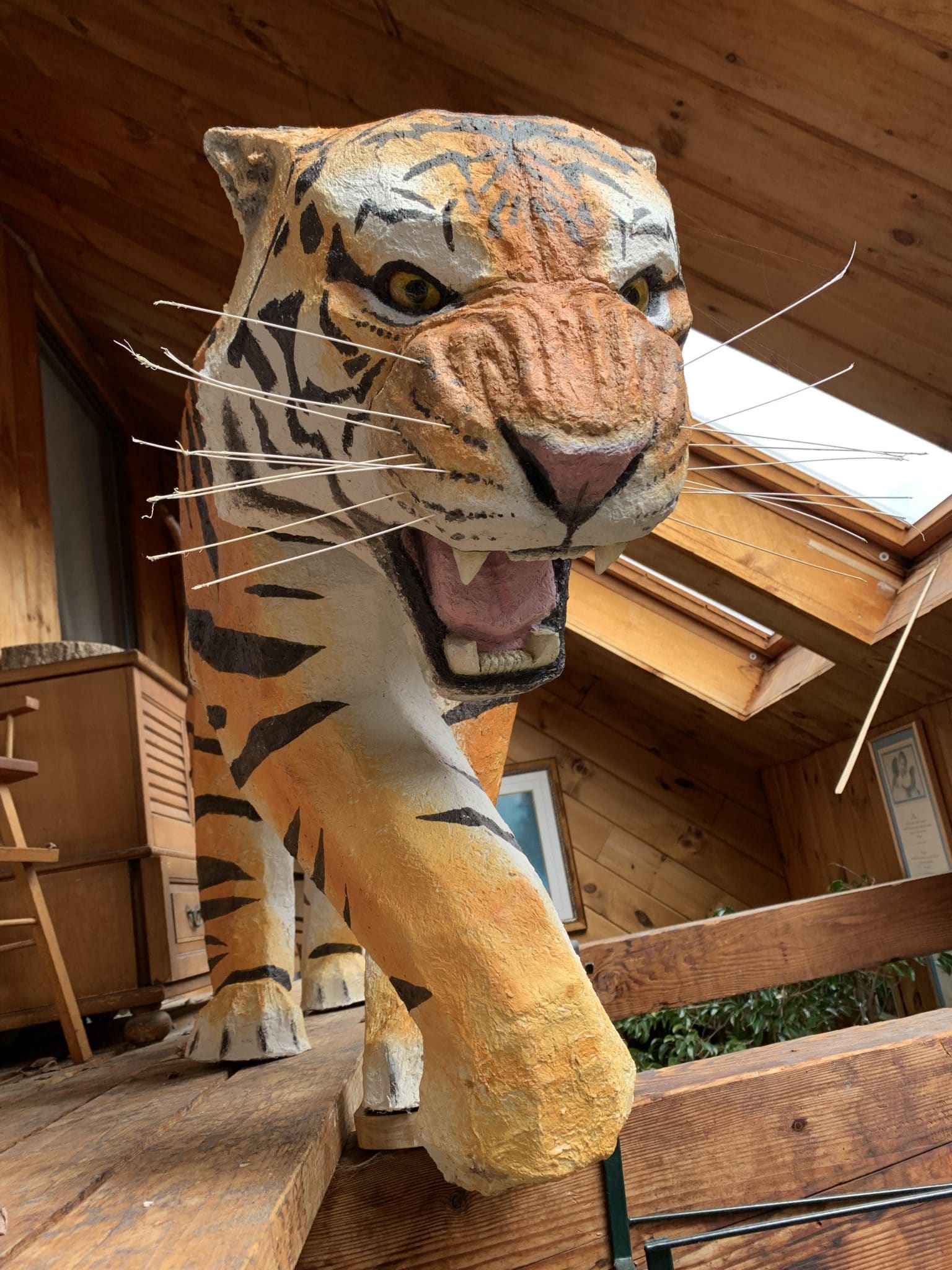 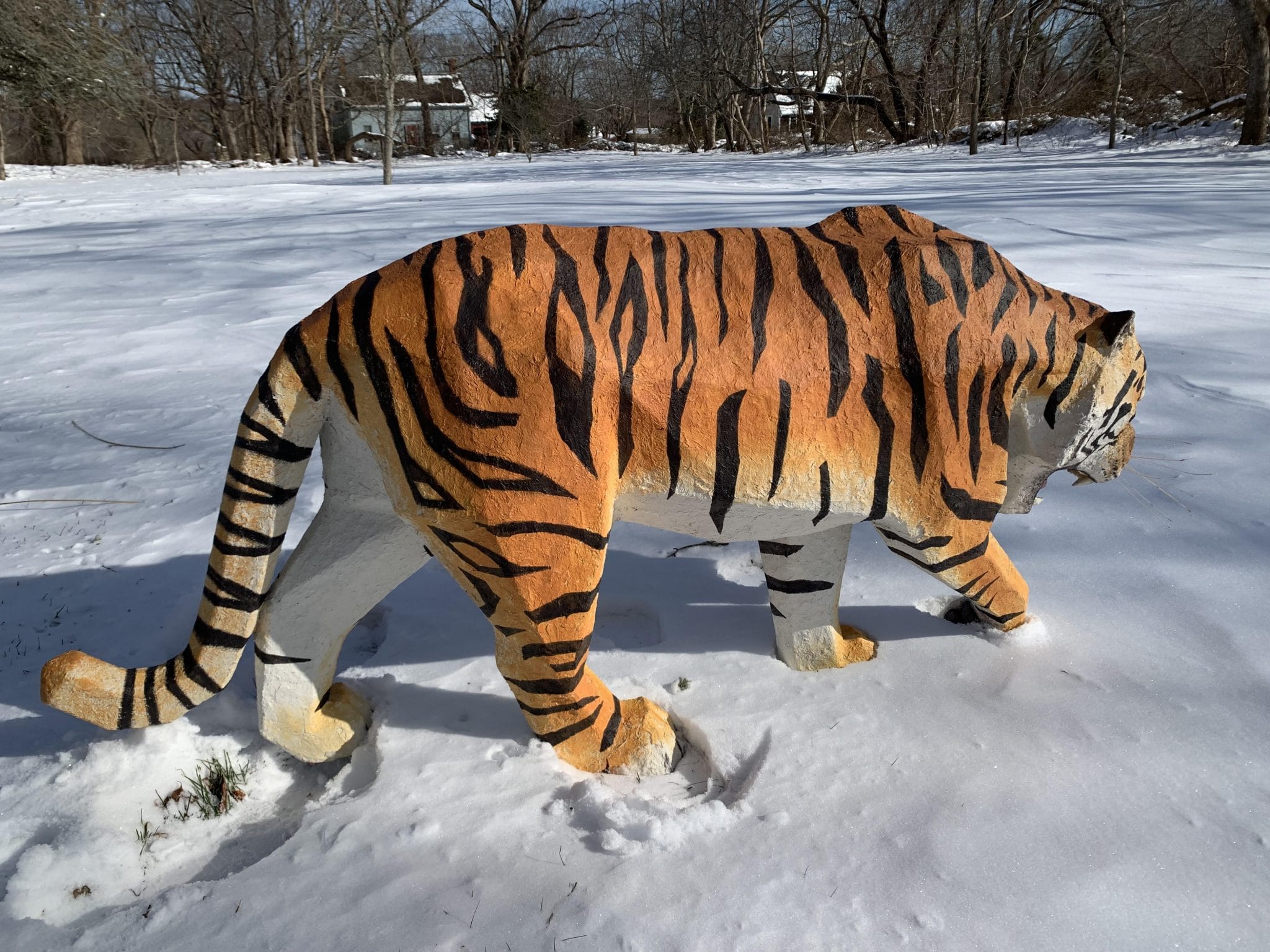