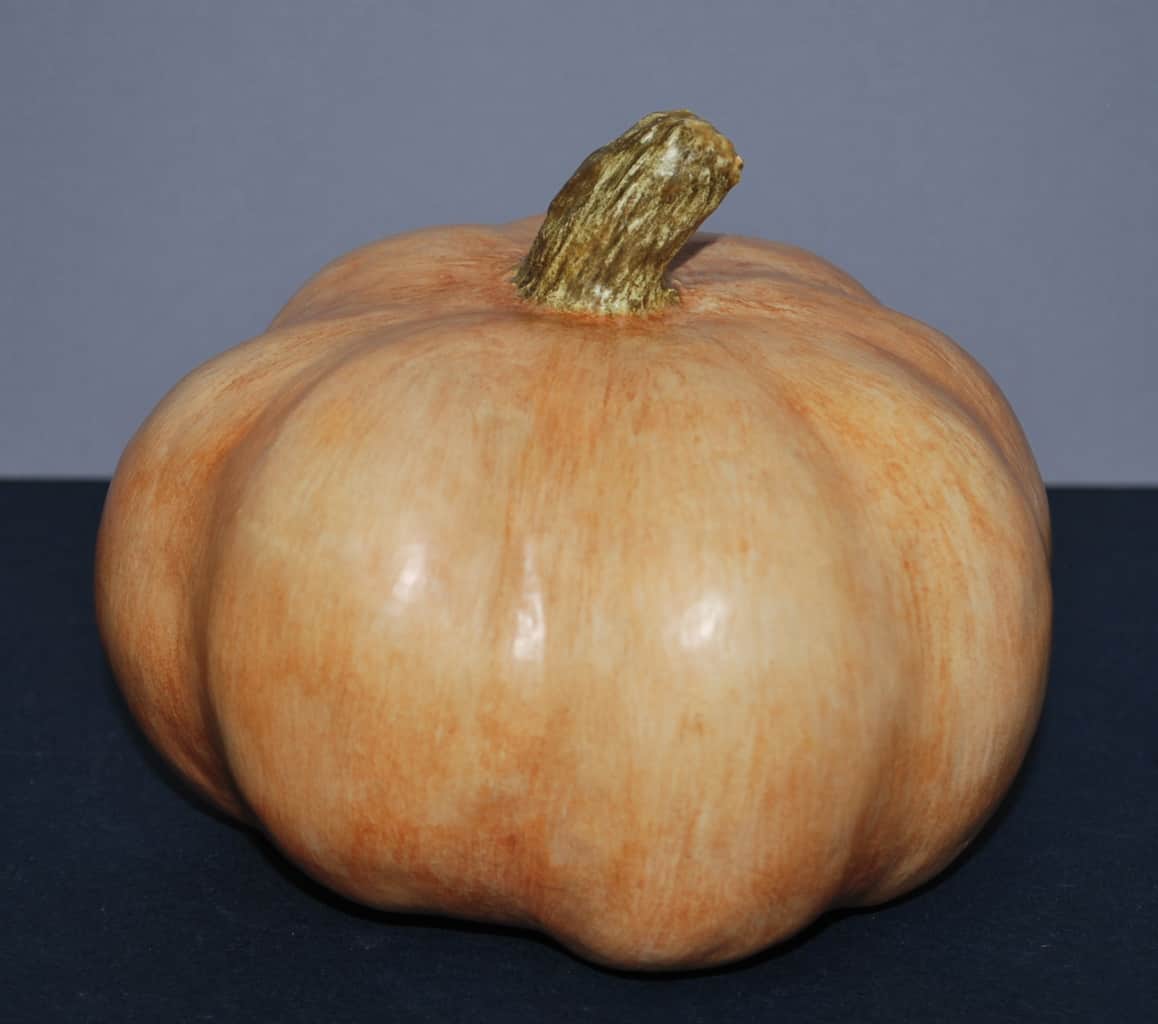 This pumpkin was painted using watercolors. My best friend came to visit and half-teasingly and half-hoping I asked him if he would try watercolor on this air-dry clay pumpkin. We have had a few comments on this site about watercolor, but I don’t remember if anyone has ever tried it. Being a watercolorist for 40 years, I wanted someone to try it!

Over a week later he brought the pumpkin back. I’ll try my best at hearsay about what he told me. After our discussion, my answer would have been “No. Don’t try it.”

The pumpkin was covered in gesso, but the watercolor paints ran badly. I asked him if they ran in a pretty way that watercolors might do, but he said no. He added watercolor ground (which I did not know about but have ordered) and tried painting it again. That didn’t work because the colors underneath showed through. He put gesso on it again and then added watercolor ground. The painting was difficult, and mostly what you see is using dry brush. I got the impression you have to work slowly and be patient. I’m showing the bottom of the pumpkin with the intent to show how the watercolor paint tended to run or settle on the bottom of the piece, making it a bit darker than the top.

When he gave it to me, he warned that anything wet would make the colors run. I opened a bottle of varnish and with a tiny brush painted a dot on the button. The colors immediately disappeared leaving a white spot. I was depressed about getting ANY coating on it. He told me what colors he used on the pumpkin, and I tried to repair the spot.

A few days later he gave me a can of Krylon “Workable Fixatif,” which is a spray that protects drawings of pencil and chalk. The can says it can be used on watercolor. I took the pumpkin outside and sprayed from a far distance, but finally followed directions to spray from 6″ to 9″. The paint did not run. After it dried, I painted it with varnish, which worked. I could send it off to my niece for her three-year-old!

My friend had an idea about experimenting with watercolors, so I made two more pumpkins and asked him which one he wanted, in jest. I thought we were through with this experiment. He asked me if I could make another one for a friend to experiment with us. That’s why I named this Part I, but I fear it may be some time before the three of us comes around to Part II.

As of now I’m making four pumpkins for experimenting. Three are made with the air-dry clay and one is Apoxie Sculpt (which I’m not familiar with). If anyone has any ideas, please let me know! 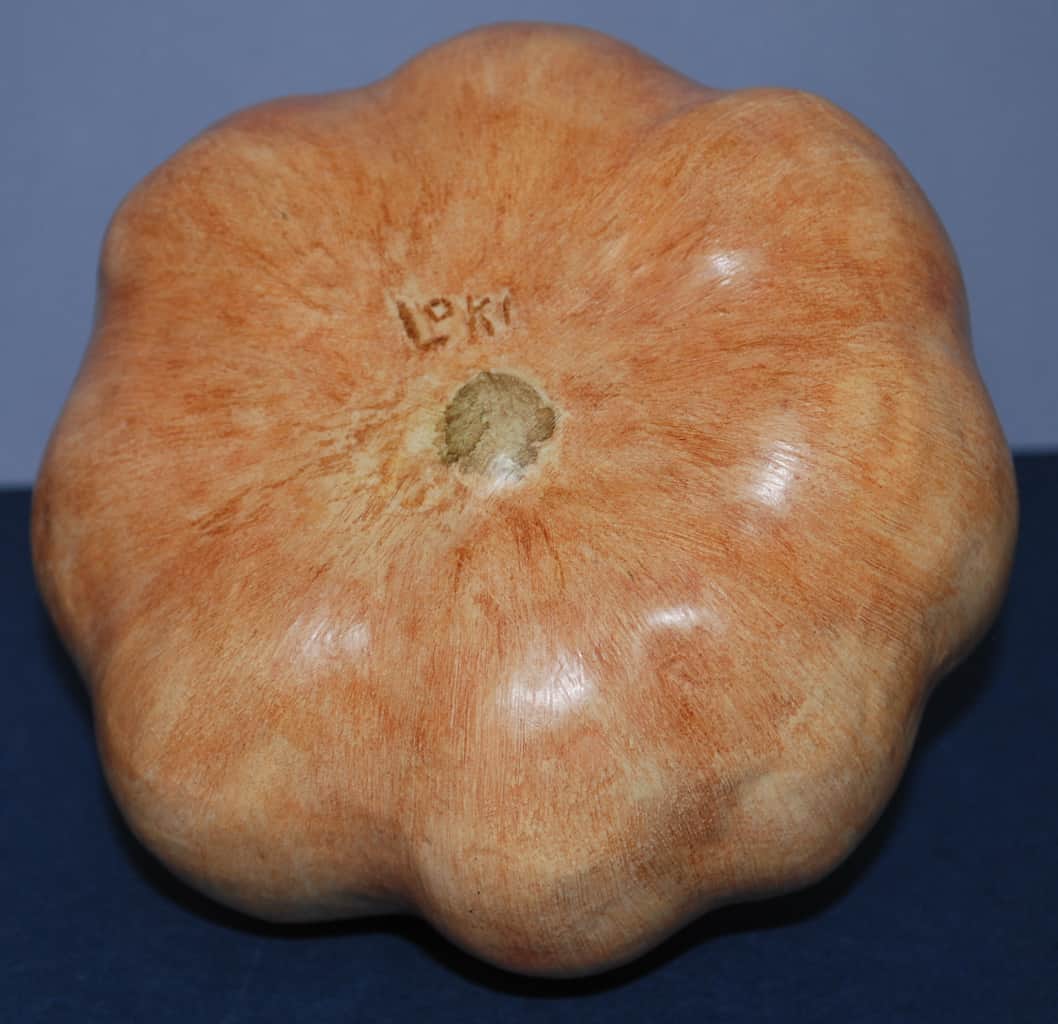 18 thoughts on “Watercolor Pumpkin, Part I”