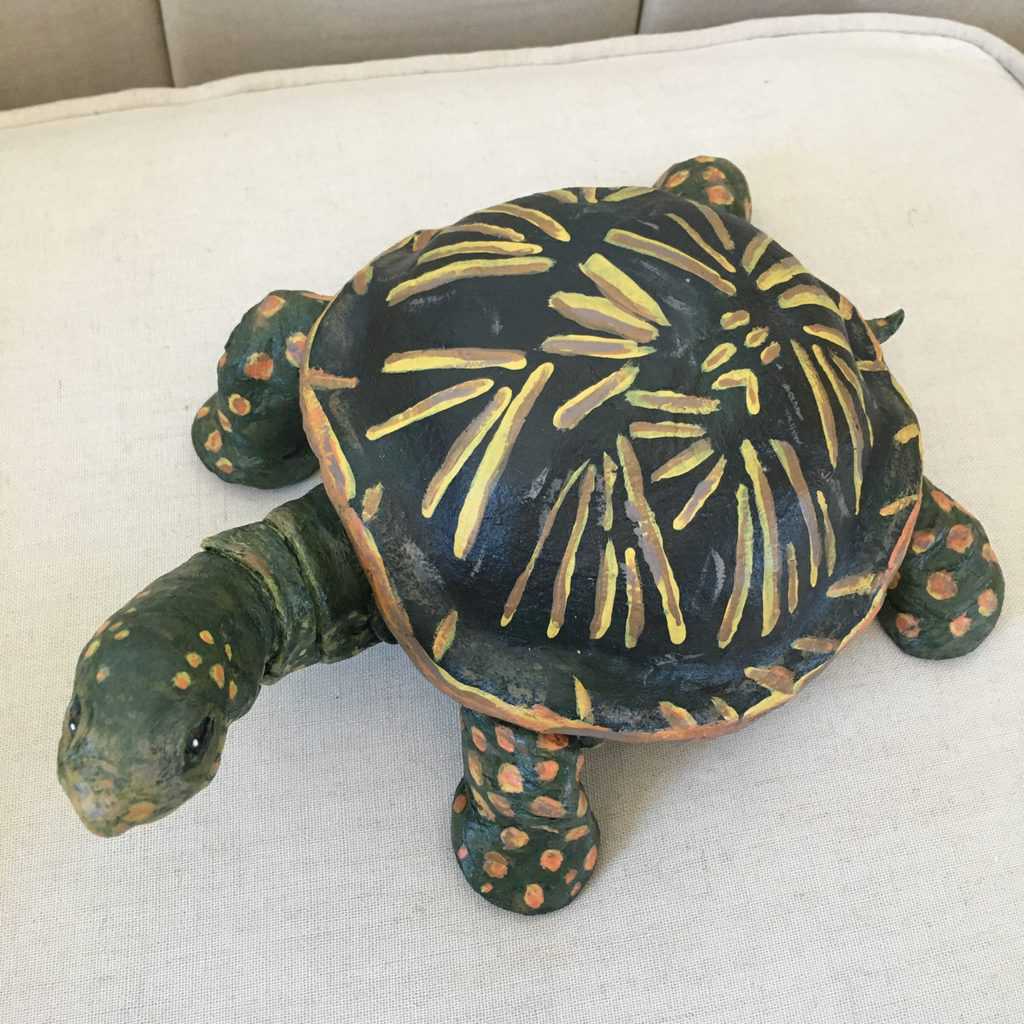 Made by Lise-Anne Michel

This is a turtle I made for my son’s birthday, after watching Jonni’s box turtle video tutorial. He loves it and I’m so happy with how it turned out. I followed the adjustments Jonni suggested and used plaster wrap, then air dried clay that I made for the first time. I had literally no sculpting tools, other than a plastic baby spoon and a toothpick, which just goes to show that resourcefulness pays off. This was a super fun project and helped me want to tackle another paper Mache project in the future. Next I’d like to make a tree wall in my craft room to cover up an ugly sump pump I have in the floor and up the wall. I’ve been envisioning the project for a while, but watching Jonni’s videos has helped me gain confidence that I can do it! Thanks Jonni! 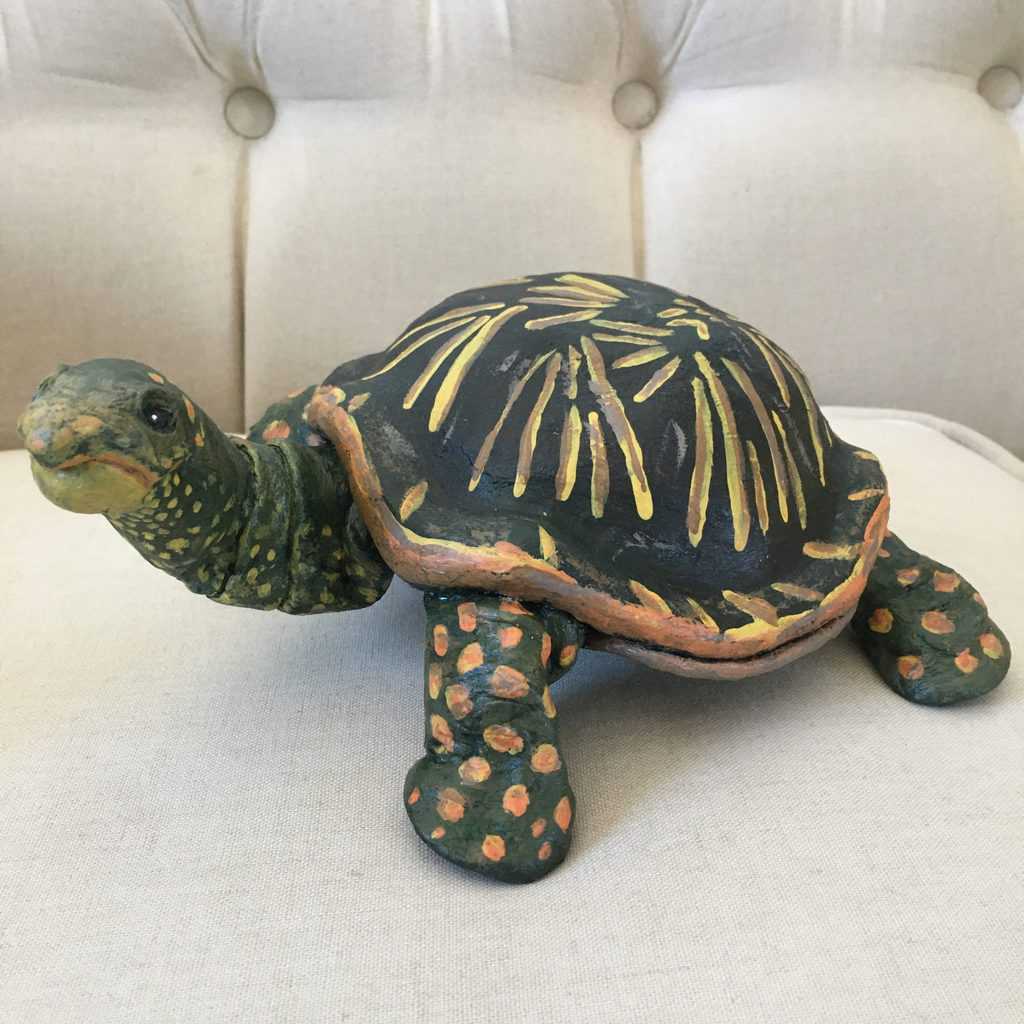 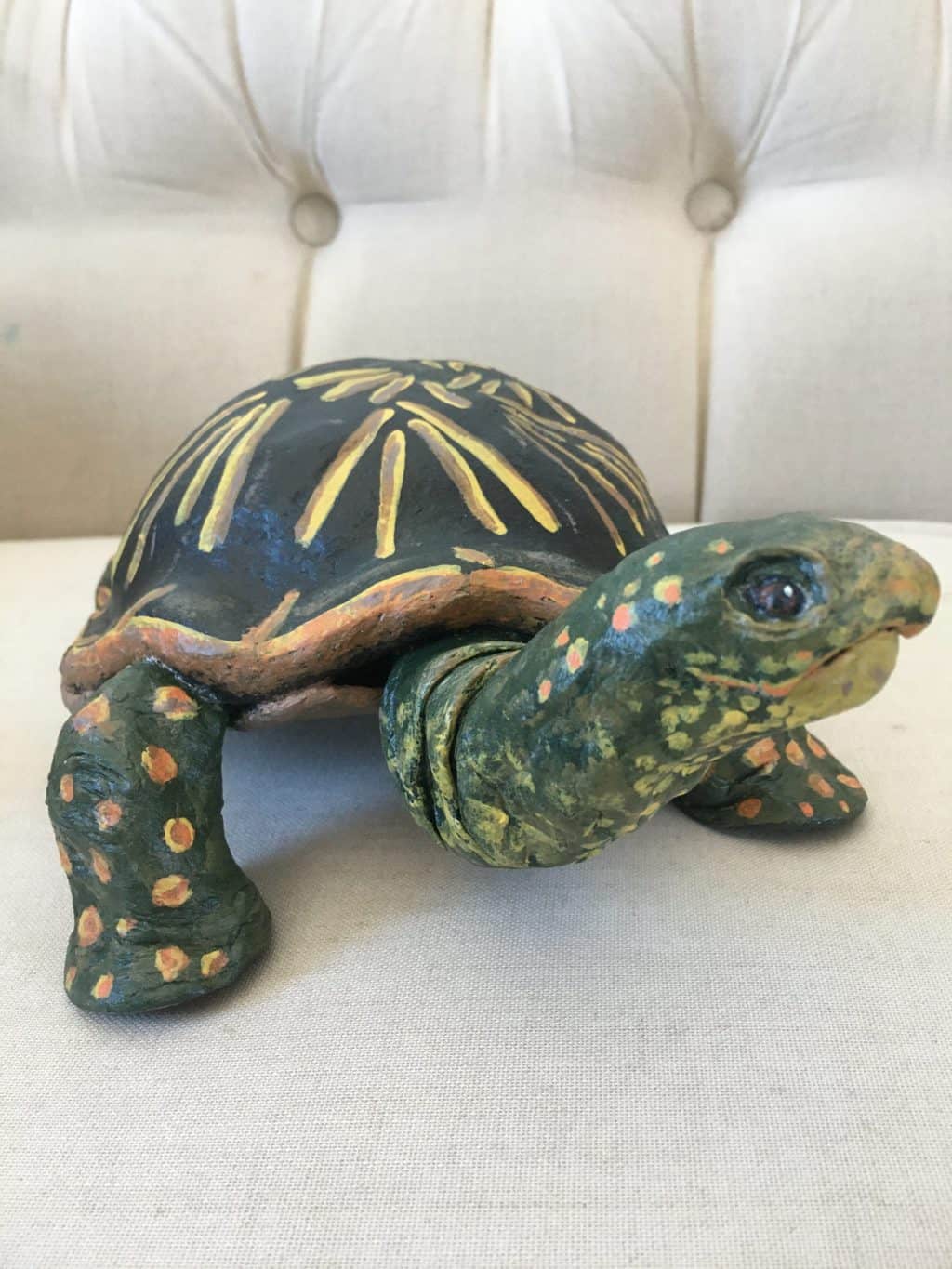 6 thoughts on “Tim the Turtle”