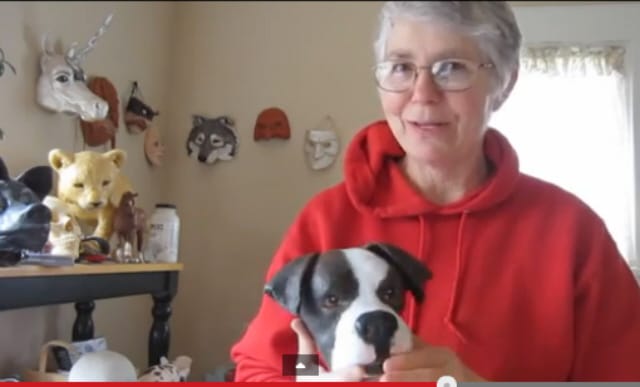 I made a short video to show you a little portrait mask I made of a puppy. This happy guy invited himself to my house last weekend. (I saw him later, tied up in front of a house a few blocks away — so I’m happy to say that his owner quickly found him after Animal Control took over).

This is a practice mask. I felt the need to practice because I agreed to offer a pet portrait mask for an upcoming fundraising event for an animal rescue organization. I think the pup came out OK – but as always, I’d be happy to hear your input. I’ll tell you more about the fundraiser in a week or two.

You can find my book “How to Make Masks!” here.