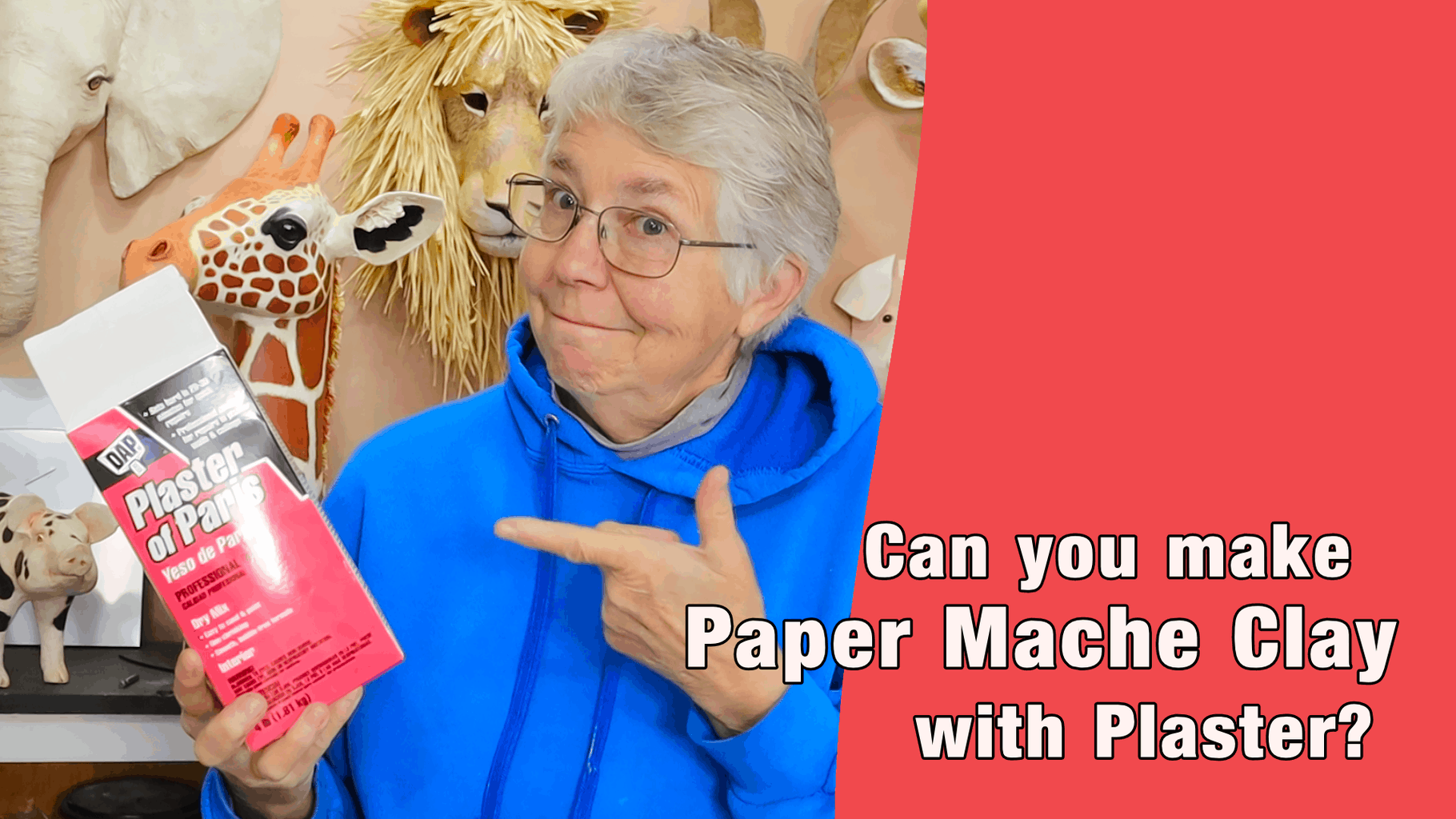 Is it possible to make paper mache clay with plaster of Paris instead of pre-mixed drywall joint compound?

People have been asking me that for years. I didn’t really think it would work, but I finally decided to try it and find out for sure.

In this experiment I show you that it is indeed possible to make a version of paper mache clay with plaster, but it isn’t the same as the original recipe.

It can only be used for a few hours before it gets too hard, so you’ll need to make very small batches. Use the paper mache clay recipe with the gram measurements to make it easy to cut the recipe in half or quarters.

Or use the Silky Smooth Air Dry Clay recipe instead.

Whichever recipe you try, remember to not put the flour in until everything else is completely mixed in. Run your mixer for three to five minutes, and then add flour if you need it.

Also remember that the spoon, beaters and bowls don’t get washed in your sink – plaster will harden under water, even inside your pipes. Throw them in a bowl of water, rinse them off, and throw the water outside.

On the other hand, the slowly stiffening plaster version does let you apply it quickly when it’s first made, and then sculpt details later as it gets stiffer – kind of like working with epoxy clay.

Go ahead and try the plaster version – you may like it better than I do.

If you’re interested in making any of the animal sculptures and masks that you see behind me in the video, click here.

If you experiment with using the plaster instead of joint compound, please let us know:

Do you like it? Did it stay workable long enough? Were you happy with the final result? Let us know in the comments below.

18 thoughts on “Paper Mache Clay Made with Plaster of Paris”