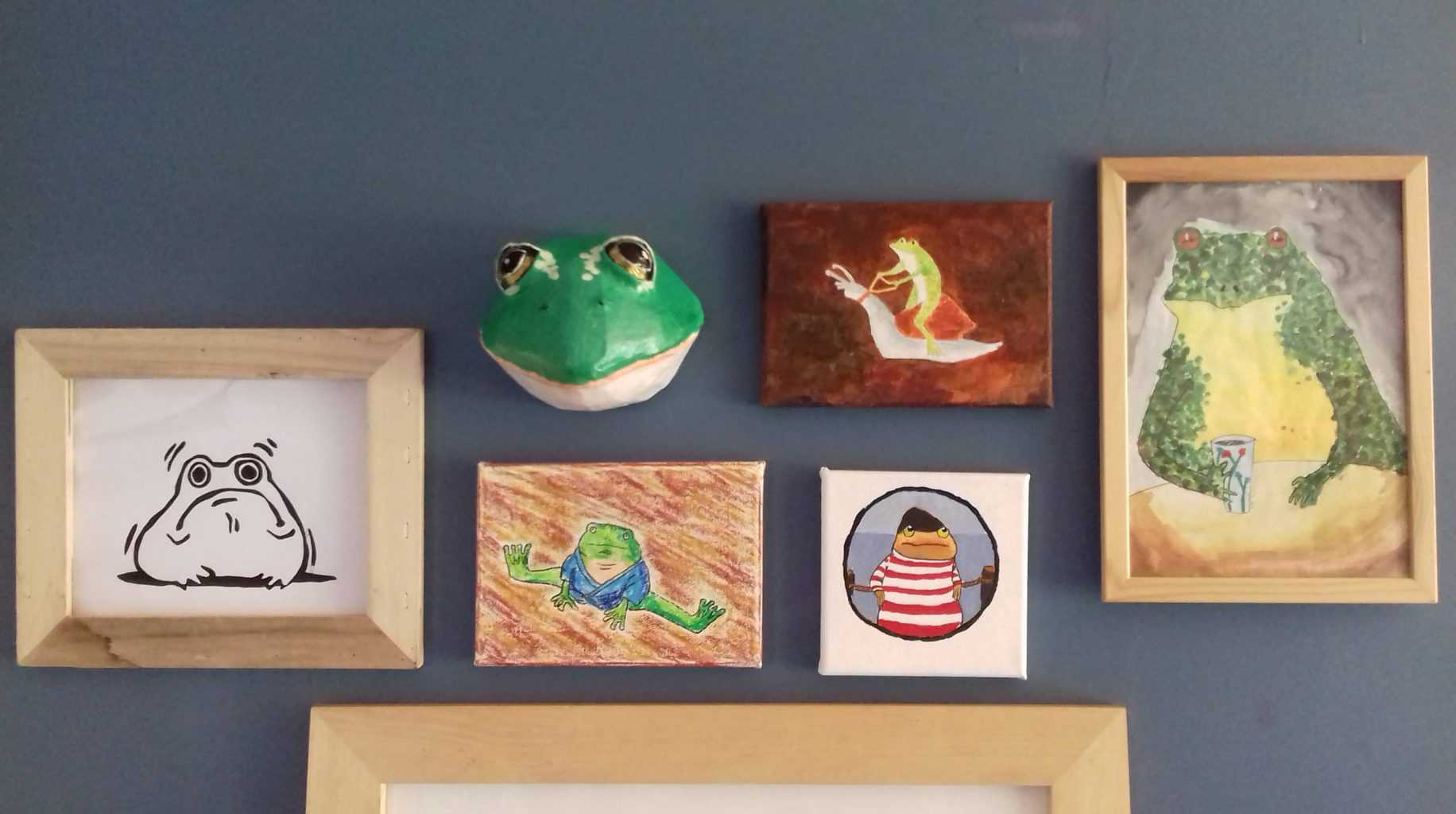 Some time ago, I got the idea that I wanted to build a frog wall. Don’t ask me why, but I think it has something to do with the fact that frogs all look so friendly. The first frog I ever made was a frog riding a snail. So when I was scrolling through pinterest and saw this bullfrog, I knew I had to make it. It would fit perfectly. So now, we are two weeks later and he is part of the family.

I followed mainly the youtube videos accompanying this project. I used a flower and water mixture to do the newspaper. Then I painted it white. I tried to follow the youtube video that used paper towels, but that was impossible. They all completely broke and it became a really big mess, so I just scraped it all off again and skipped that step. So then I used tissue paper for the coloring together with some powdered glue. I made some darker spots in the white area, but I think I put too many white tissue papers over it, so these spots are not really visible anymore (when it was wet, these spots were visible). I just used some ping pong balls that I found around the house for the eyes.

I am so happy with the result and he really fits in the wall between all his new friends.
Thank you for the good idea!

2 thoughts on “My friendly bullfrog”