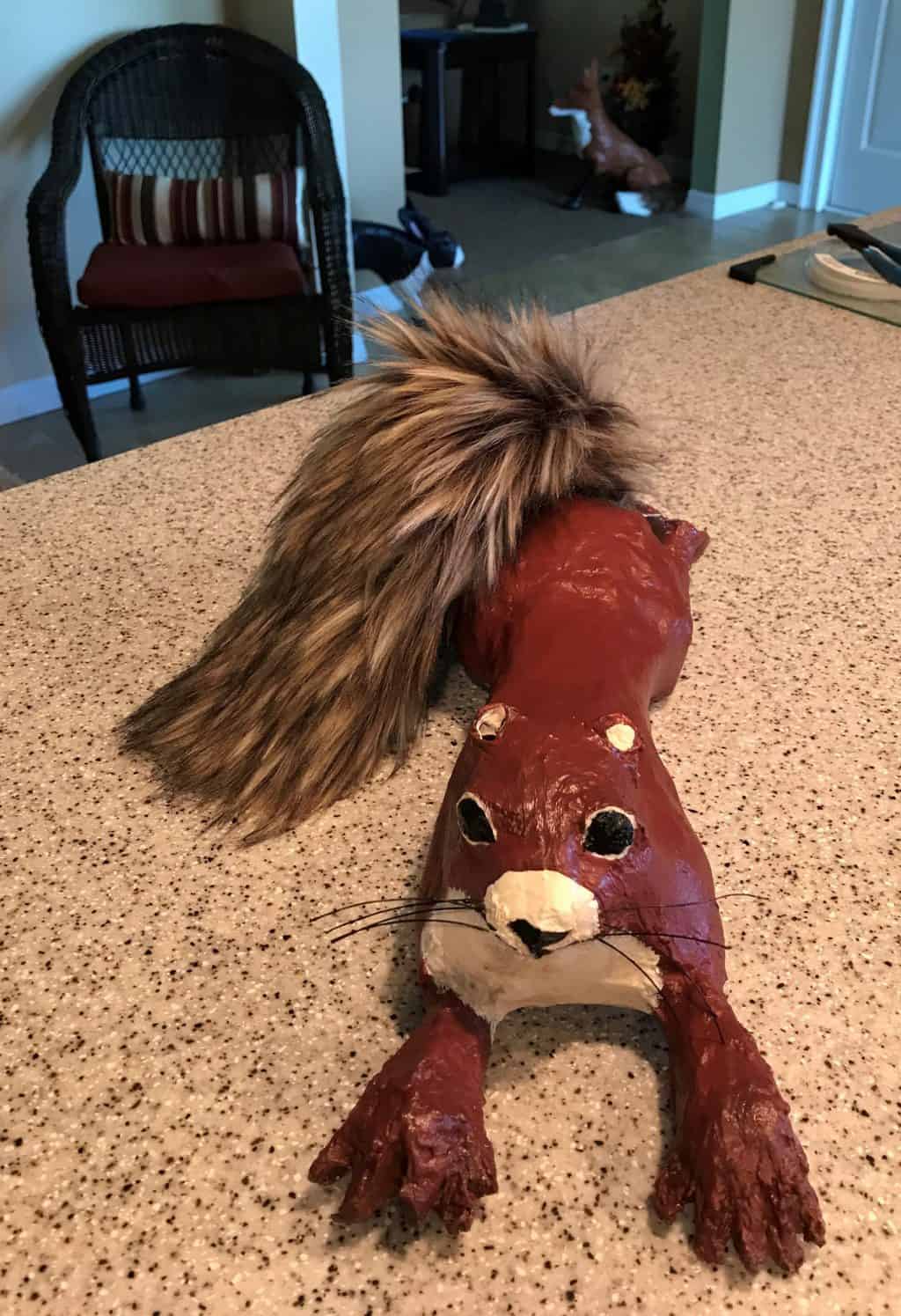 Norton was made out of plastic grocery bags, masking tape, fishing line for his whiskers, paper mache clay and a piece of fur for the tail. I wanted to make a squirrel just to “aggravate Leroy and Jethro, the paper mache coon dogs”. I decided to put him in the tree near the dogs. Norton was named by my sister during a confusing, but comical series of text messaging between sisters and brother, and photos. One was talking about Norton Security and I was talking about the squirrel. She loved Norton the squirrel, and as the message indicated, so he is named. 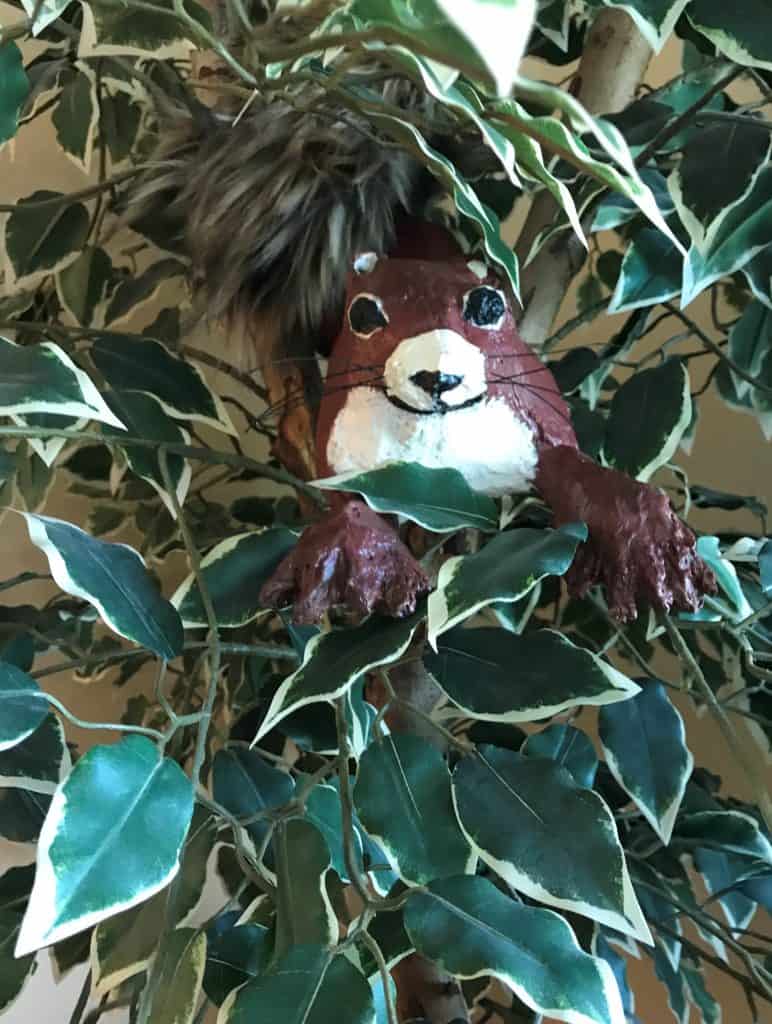 2 thoughts on “Meet Norton the Squirrel”