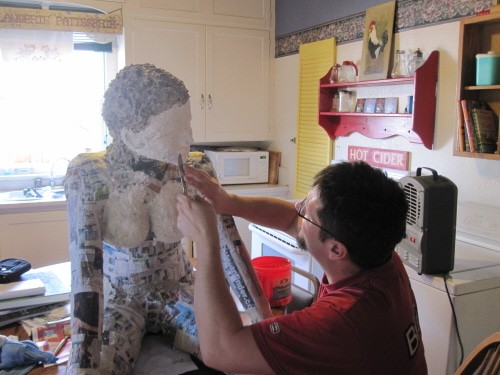 ‘Ive done a few human size pieces that worked out pretty well. I’ll tell you how I did mine — maybe it will help.