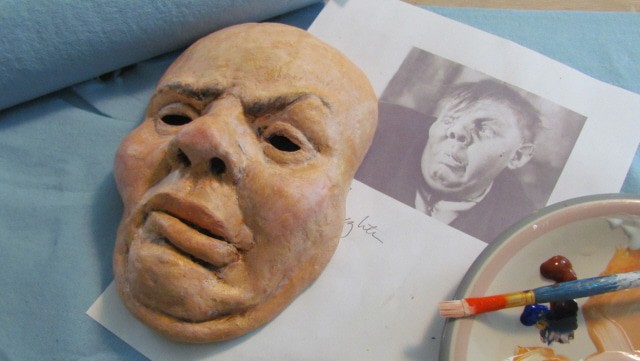 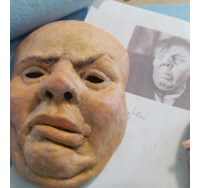 
I didn’t spend much time painting this fellow, and I know it would have come out better if I’d used some of the formulas in the Color Mixing Recipes for Portraits book. My copy is usually up in the studio, but I couldn’t find it yesterday, so I just started adding one layer of color after another, until I finally decided the mask was done. It isn’t quite human-colored, but it looks OK.

71 thoughts on “How to Make a Portrait Mask”