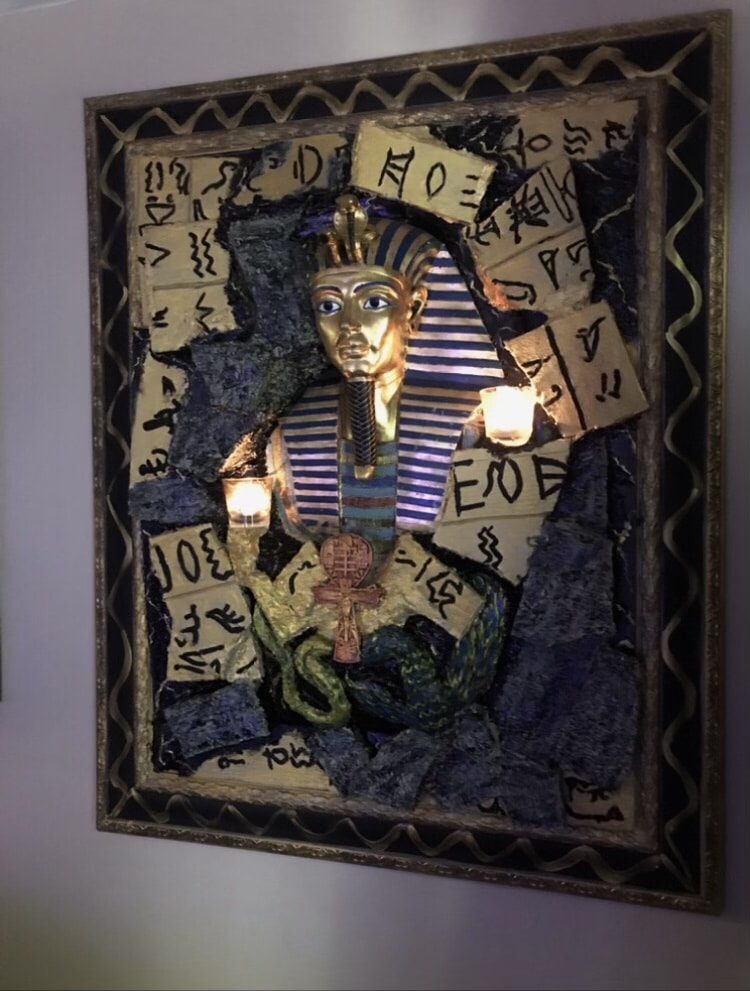 Made by Edwin Mojica jr

Well I was recently cleaning up a closet and found this large old painting I had for a while and had some time on my hands so decided to make a Egyptian wall piece I wanted it to be 3 D like it’s coming out the painting with broken rock and broken hieroglyphics also thought would be nice to add candle holders so it would be cool in my hallway with candle light flickering so I repainted the frame black and gold designs with paint brush let dry cover it with plastic wrap and I had an old king tut head wall sculpture that I got from online used for few bucks.

I had some styrofoam board broke them into pieces used a hot knife to make the Egyptian letters then used jonni ‘s paper mache clay over all the pieces let them dry then painted them with gold and used black paint for the letters then again mixed up jonni’s papermache clay and used it like glue I really just put it all over then added all the pieces on top then with all the extra filled in all the gaps put the candle holders pressed in into the clay then let it all dry then went over it again with the paper mache clay where there were and gaps then when dried I painted edges black then coat of varnish. 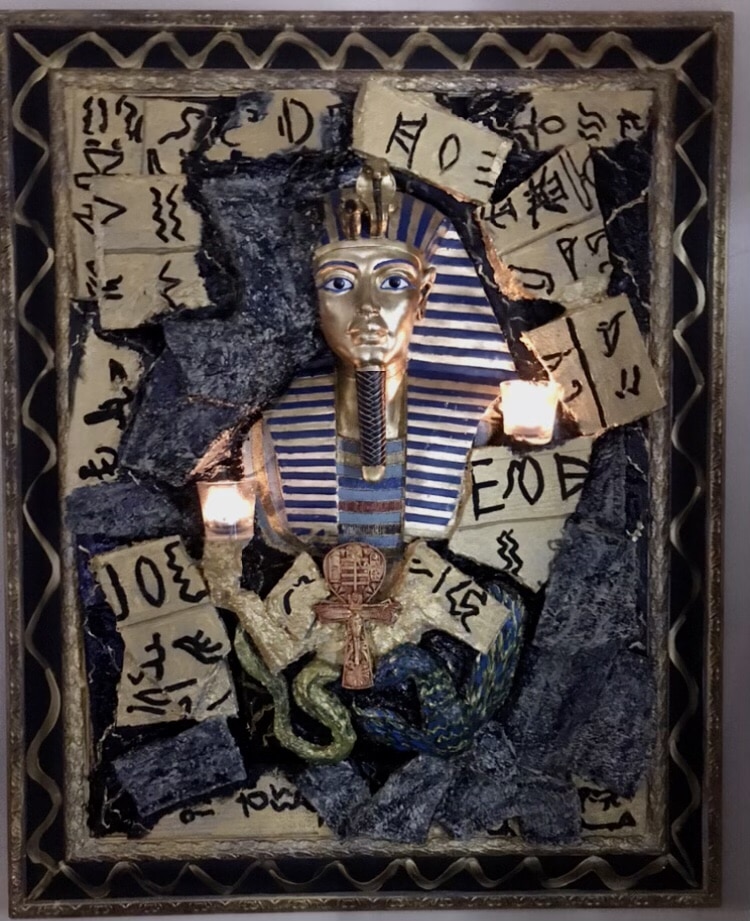