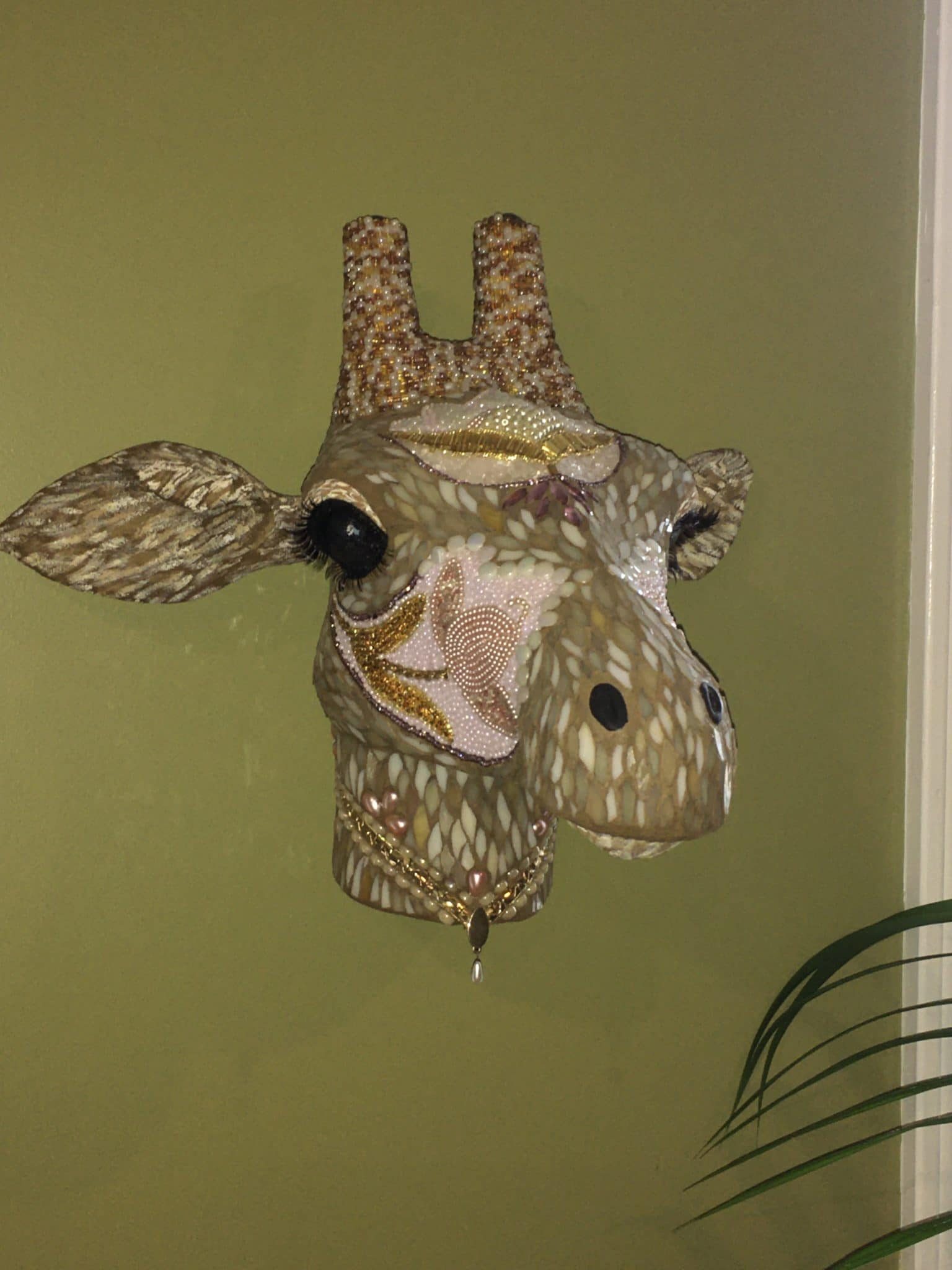 Made by Sharon Tepe

Meet Josephina Giraffe. She has traded her spots in for bling! She is definitely something different than I would typically do, and I got a little carried away. I set her aside for a while because I went overboard with the beads, etc. and wasn’t sure I liked her. If I ever do another one, it will be for outside, and I would change some products used. she has been done for about a year, but I thought I would post her.

For the inside layers, I taped the bottom of the head on temporarily while it dried; otherwise the weight of the materials would have distorted the shape. I did the inside so that I would not create too much surface material that might reduce the definition of the face.

She also has some rigid polystyrene support and additional mesh and thinset in the back of her head for the hanger. She is not light like paper mache, and I needed to make sure that section would support her weight. I used a zclip hanger. 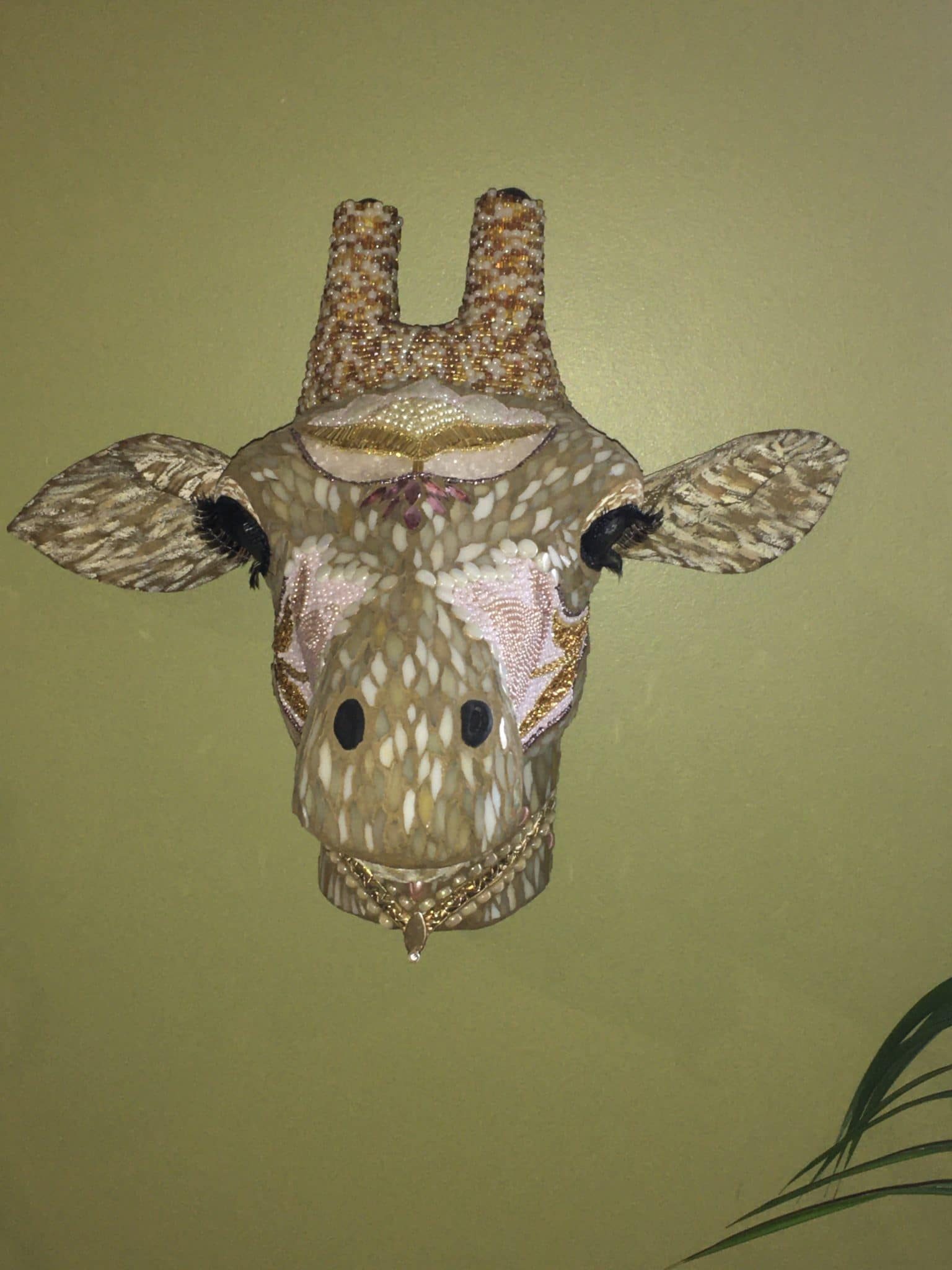 After I was satisfied that she was sturdy, I started with the bling. She has some glass seed and bugle beads, pearls, pink quartz, along with some rhinestones. She also has a lovely metal chain necklace with some acrylic beads and some glass blobs cut in half. Then came the glass, which I added with thinset. She has a lot of curves, and they can be tough to do to ensure glass isn’t sticking up.

I grouted her before adding the ears and osicones. Her ears were made of stainless wire (for shape outline) and some aluminum mesh (instead of cardboard), a layer of paper mache (celluclay) over the mesh, followed by a layer of thinset.

I made a looser grout and painted it on the ears and then used paint similar to the glass and tried to match the glass look. When I attached the ears I drilled a hole in her head and inserted a wood dowel and filled the base of the ear with thinset. I had to do one ear at a time and this was a bit tricky.

The osicones were added similar to the ears, but didn’t need dowels, because I was using beads, which were much lighter. I attached the beads to the osicones with silicone. She has lovely long eyelashes, which took me a long time to figure out how to put on. She has a hanger on the back of her head and will hang on the wall.

Her eyelids and nostrils are made from apoxy sculpt.