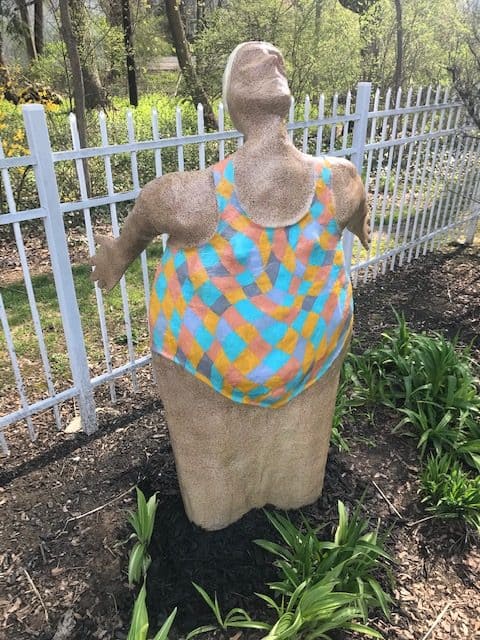 Today’s guest post about waterproof yard art is by our friend Harry Rosen.

Harry often shares his work on the Daily Sculptors page, and they’re always a big hit. When I learned that he keeps them out in the garden I asked him to show us how he made them. He very kindly agreed.
Thanks, Harry!

I start by deciding what I want to express and how to express it. In this case, I wanted a female enjoying the sunshine.

I start by drawing several rough sketches. I then design the armature I need. 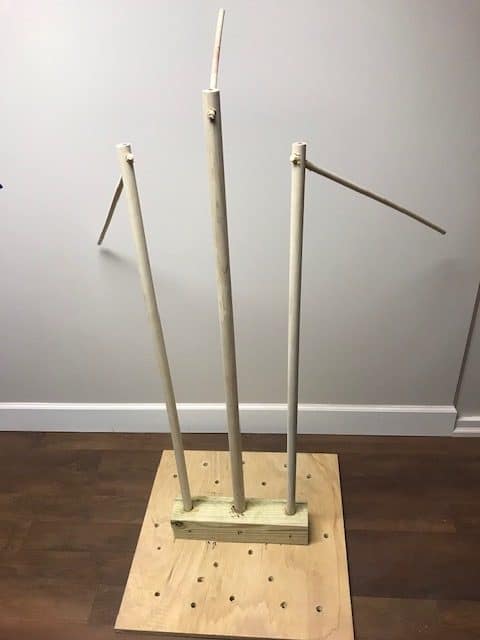 I sketch the outlines on 1/2 inch thick insulation foam board and cut them out. 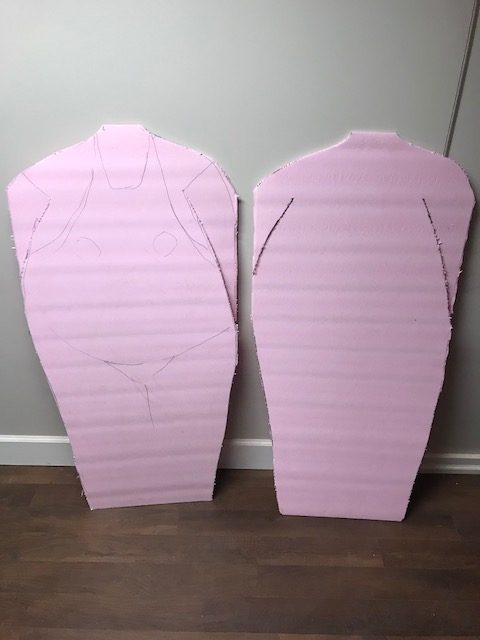 Then I loosely attach them to the armature with duct tape. 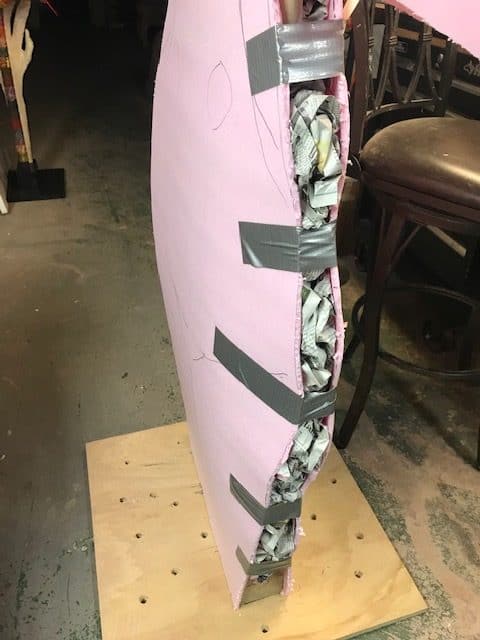 I add paper between the boards to get fullness, and often some moth balls to appease the Paper-Mache Gods. 🙂

Next I add some paper, foil or inexpensive foil pans to the outside to add shape. 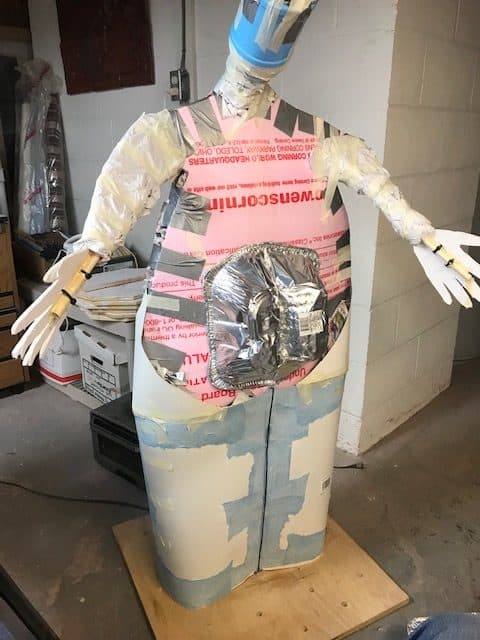 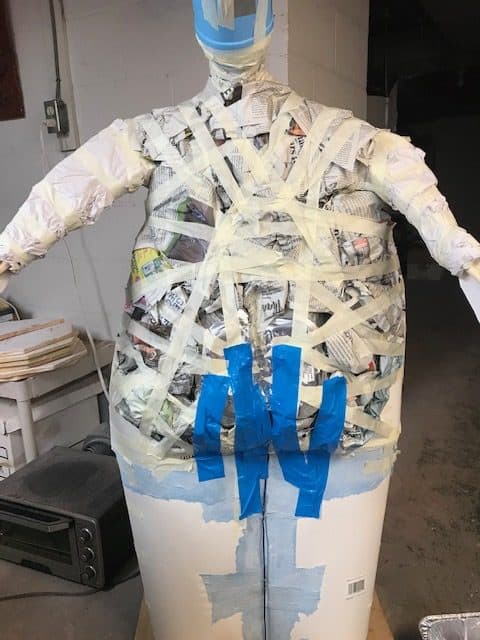 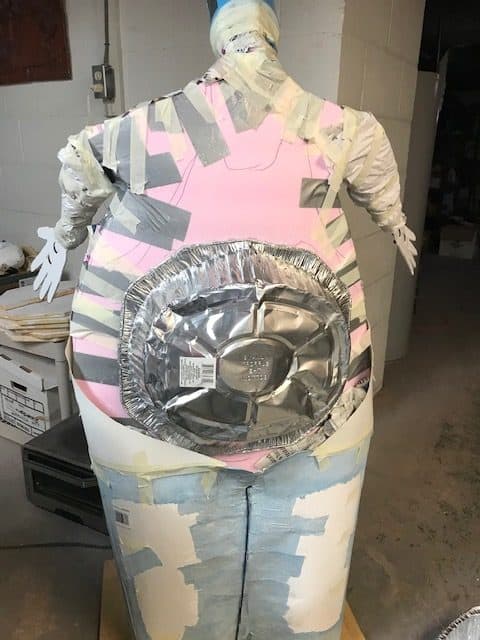 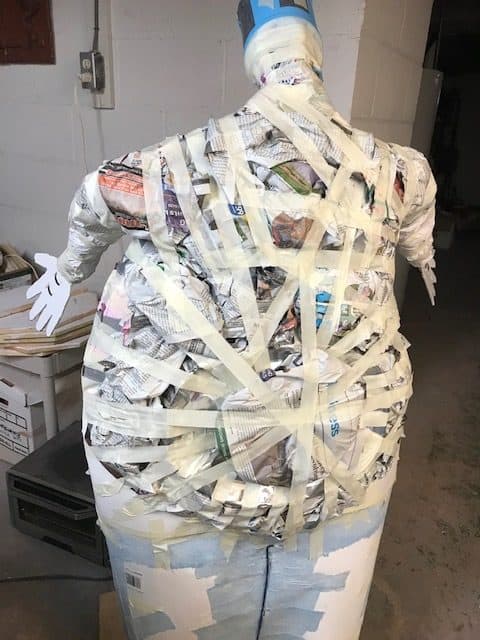 At this point arms are just cutout cardboard or foam-board taped on and the head is a modified plastic jug attached. 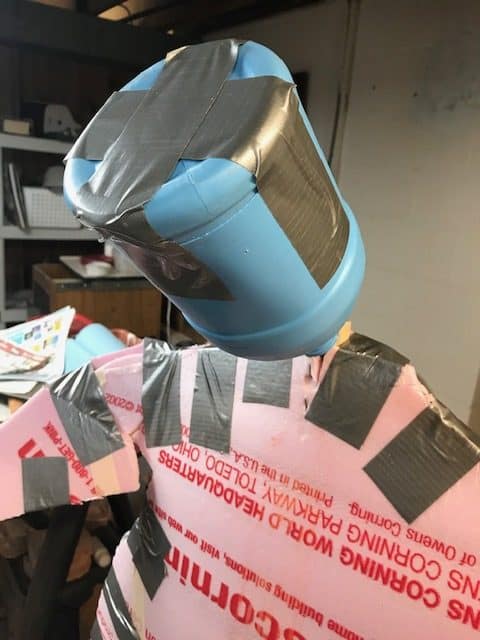 I add paper to the arms and skull. I then paper-mache the whole project using shop-towels with any paste slathered on both sides. 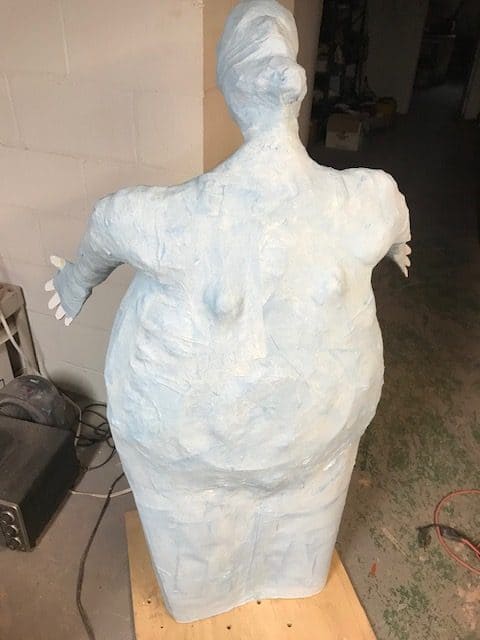 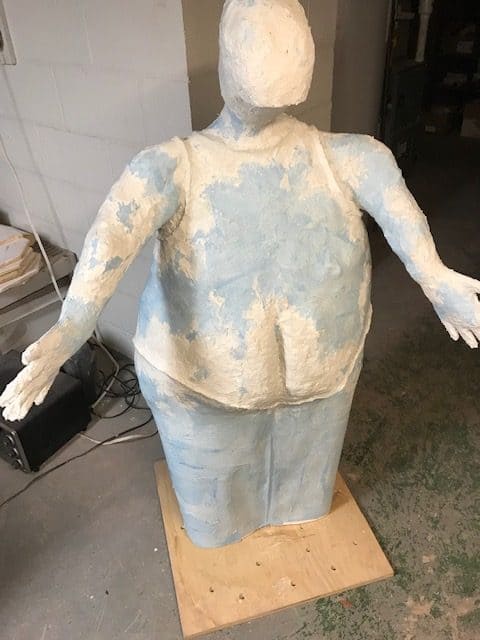 This gives a little strength and allows me to better assess the shape.

I then add details with paper-clay such as facial features, fingers and breasts.

Then I repaper the entire project with shop-towels slathered on both sides with a mix of water and FlexBond (sold in Home Depot, tile department).

Once dry I lightly sand and add paper-clay to further refine features. Then again I add another layer of water/FlexBond.

Once dry I again lightly sand and touch up any minor flaws with paper-clay or drywall compound. Then I paint a primer all over and later an oil base paint to seal the surface.

Then I do final esthetic painting and seal with 2 coats of exterior Urethane.

I like to use spray “stone” paint as it hides minor flaws, however, it doesn’t holdup well outdoors unless heavily sealed by a clear coating.

Note that the base had several holes drilled thru, this was to stabilize against potential wind damage. Garden spikes are driven thru at different angles once on-site.

I’ve done several figures like this but it’s too early to determine their longevity. So far (several months) all are doing great. For more posts about waterproof sculptures and pots that can stay outside, check out these tutorials:

26 thoughts on “How Harry Rosen Makes His Outdoor Sculptures”