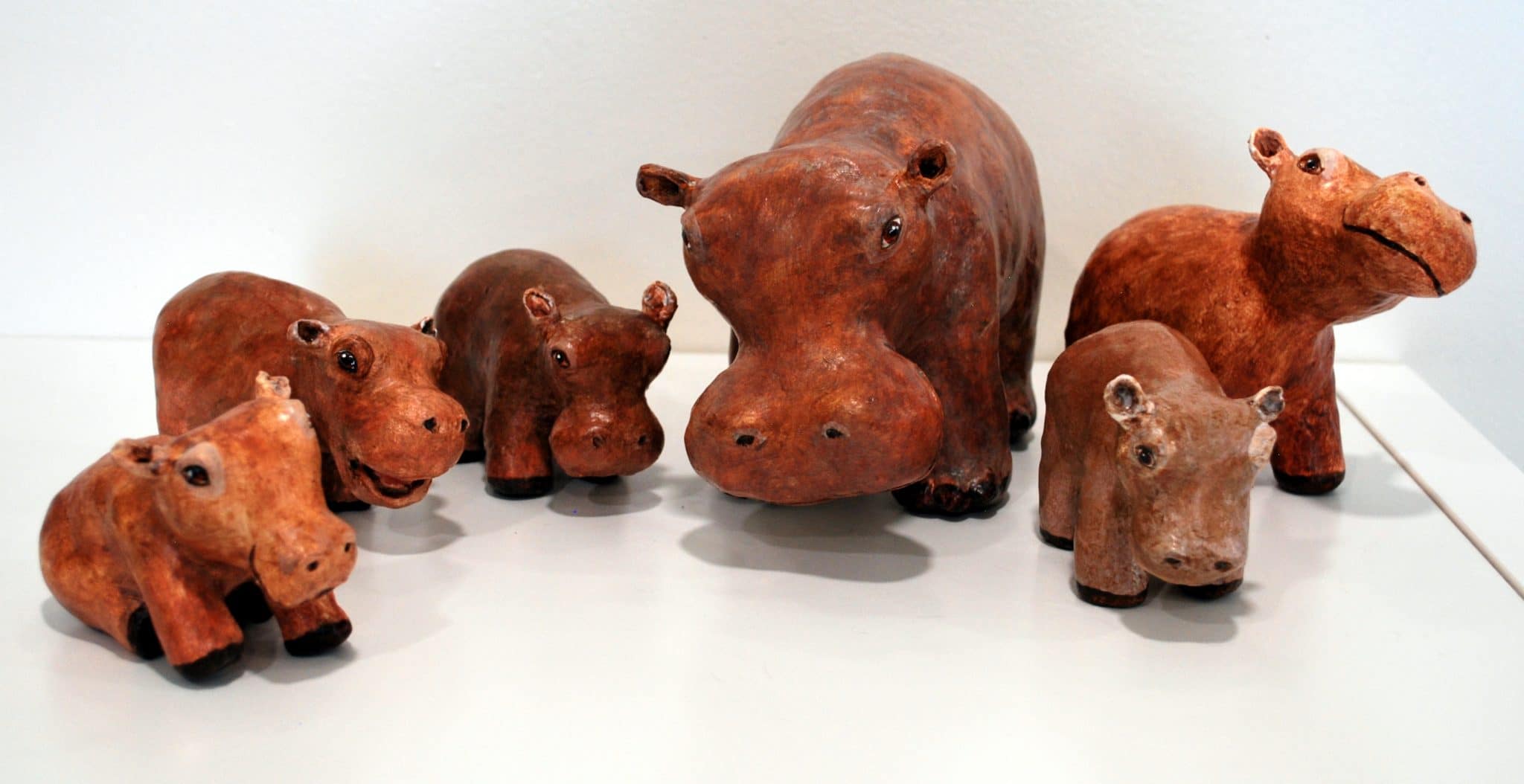 Oh July 6, my beloved sister called me and said, “Can you make me a mother hippo and five babies.” Overwhelmed, I said, “We’ll see.” Which means she was not sure if I would do it. She has five grandchildren that she cares for much of the time. I tried to make each one individual and had a fun time doing them. (The babies are about 3.5″ tall.)

At the end of the project, I tried to think of all the mean things my sister had done to me so I wouldn’t have to send them on, but that was a dead-end. She will get them tomorrow.

The second hippo I made for the daughters of my pharmacist. 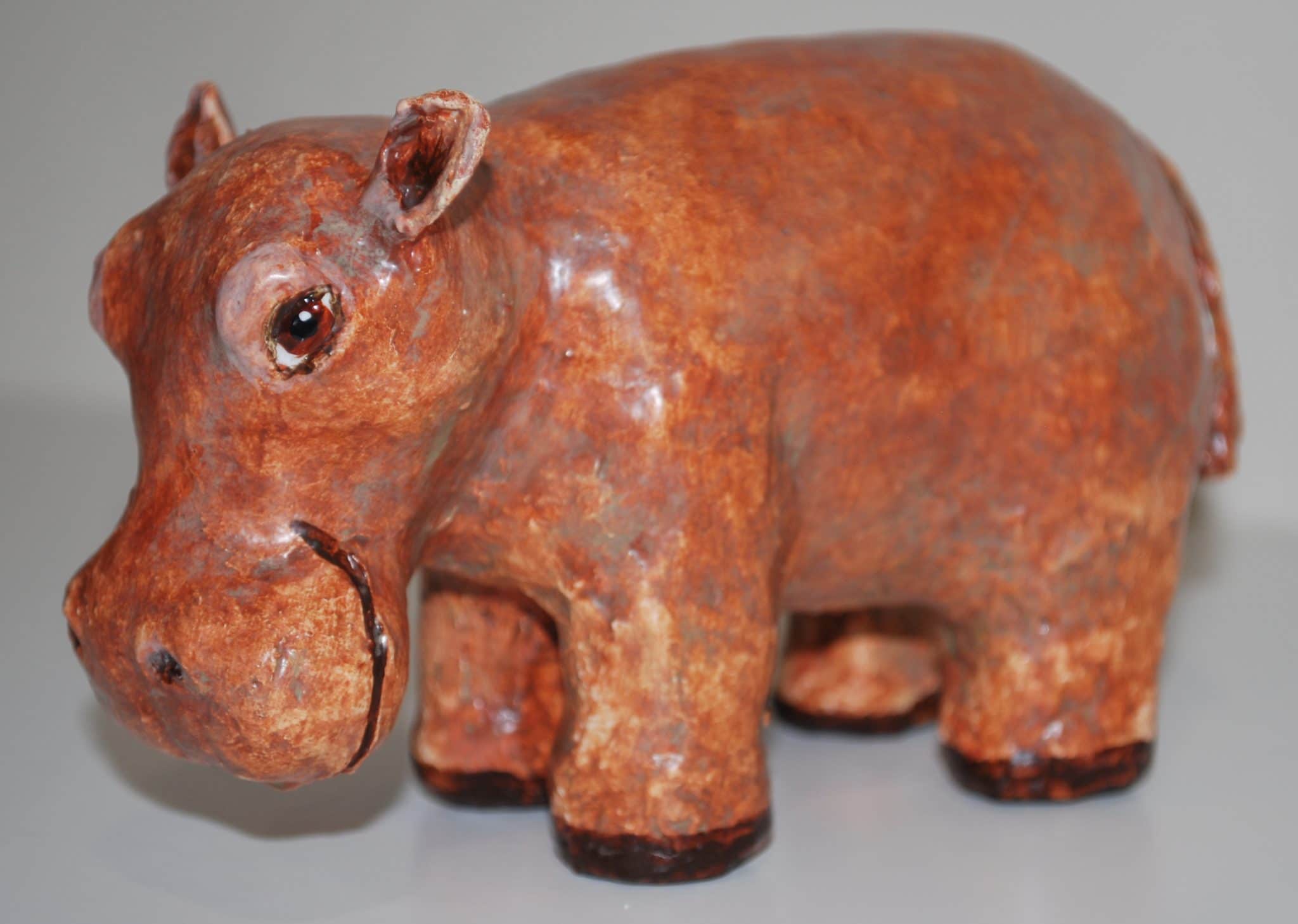