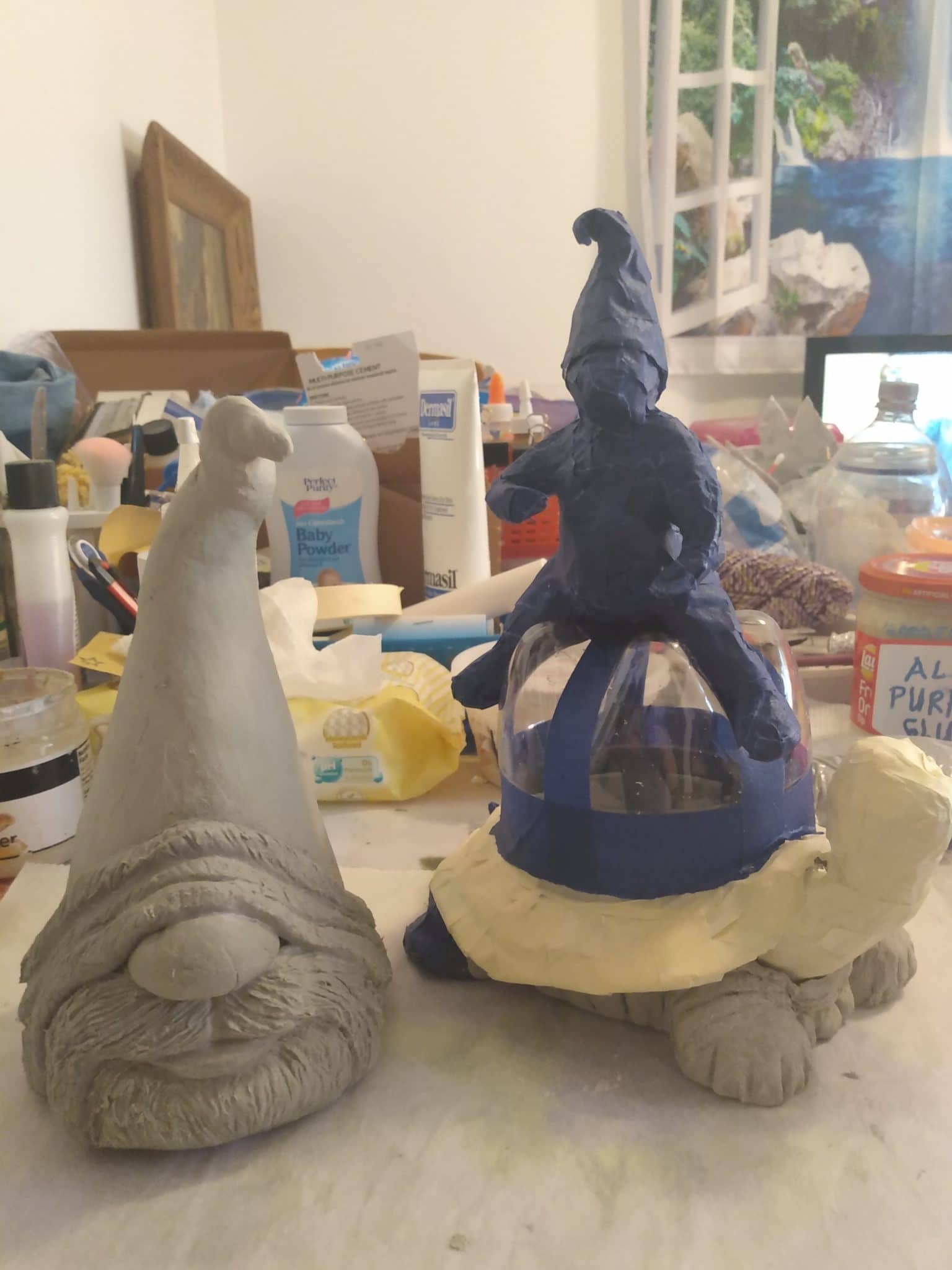 For my third gnome I had the idea of making one riding on a turtle but I wanted to put a light inside the turtle shell somehow. I used the bottom of a soda bottle for the window areas and a tuna can inside on the bottom portion of the turtle for a place to put a battery operated candle or a push light from the dollar tree. (His shell lifts off.)

For my fourth gnome I had a blank clay cone I made and a gnome face came to mind, I’ve never done a face before so I was nervous but I think he might be ok, and I made some stars that I’m going to put on his hat. Another fourth of July gnome. I made the paper clay recipe but used newspaper instead of TP.