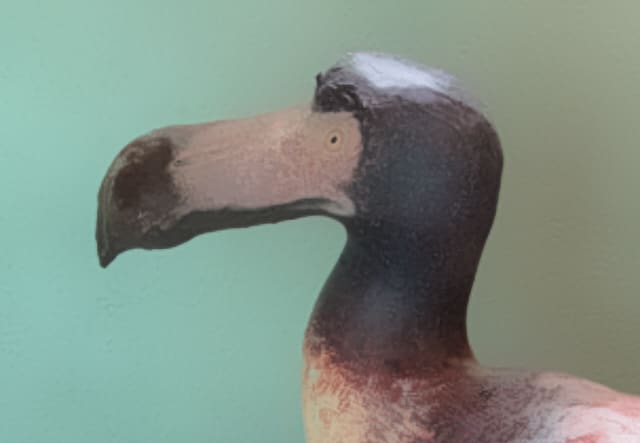 I really had fun making this dodo. The body started out like most of my animal sculptures, with a cardboard pattern and crumpled paper and masking tape. I intended to take a photo of the pattern, but I was having so much fun putting him together that I forgot to get out the camera. (Does that make me a dodo, too?) The tail was made with wire, burlap and plaster cloth.

Once the armature was done, the experiments started. Instead of the usual paper mache, I used two layers of a very nice plaster cloth. (Hobby store plaster cloth doesn’t work nearly as well). I used the plaster instead of paper mache simply because everything is taking so long to dry this month, and I wanted to get those legs solidly cured so they would support the sculpture as I continued working on it. The plaster cloth also helped me make the scaled feet.

After the plaster had a few days to cure, I added a very thin layer of paper mache clay to smooth everything out and create the detailing around te eyes and wing feathers. More drying time, and then I started to paint.

A dodo is (was) a giant pigeon, but I didn’t want a plain grey sculpture. I gave him a very wild undercoat of a zillion colors, and then added the grey and cream colors on top by stenciling through a small piece of plastic mesh joint compound tape. I kept adding more colors until he felt “done.” 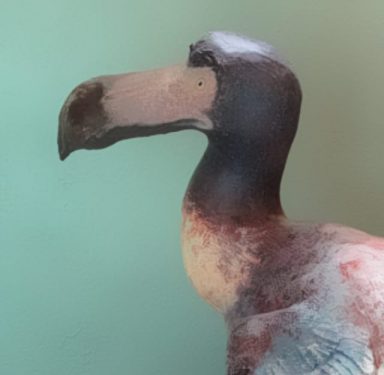