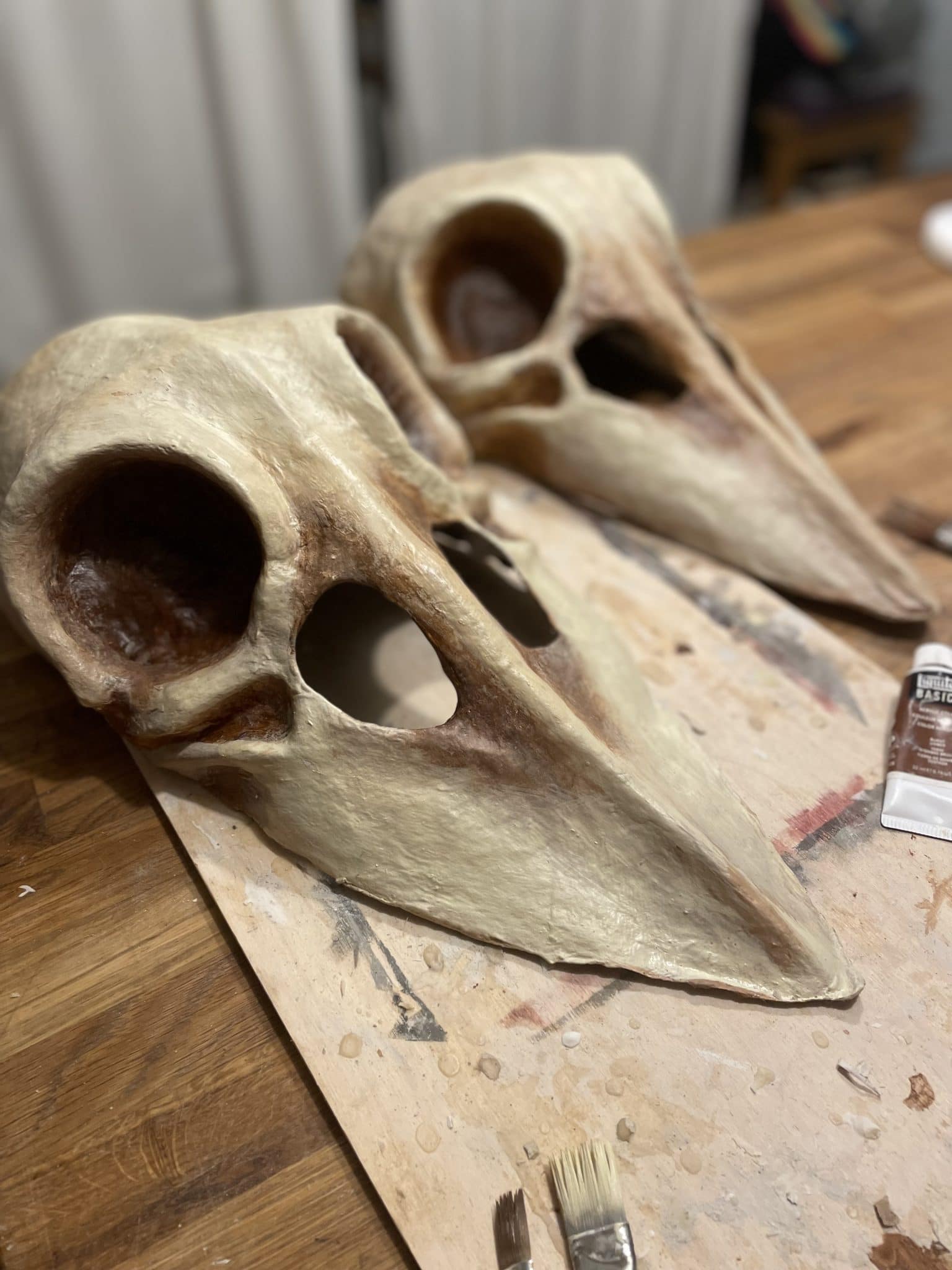 I was challenged by a friend to create a pair of bird skull masks for a costume contest. These are mostly fashioned after crow and raven skulls but it’s generic enough to be a wide range of birds.

I created a clay sculpture of what I wanted it to look like. I sealed the sculpture with an acrylic paint and varnish. Then, for good measure, I applied a thin layer (but not thin enough as I later found out) of petroleum jelly before laying down my first layer of newsprint.