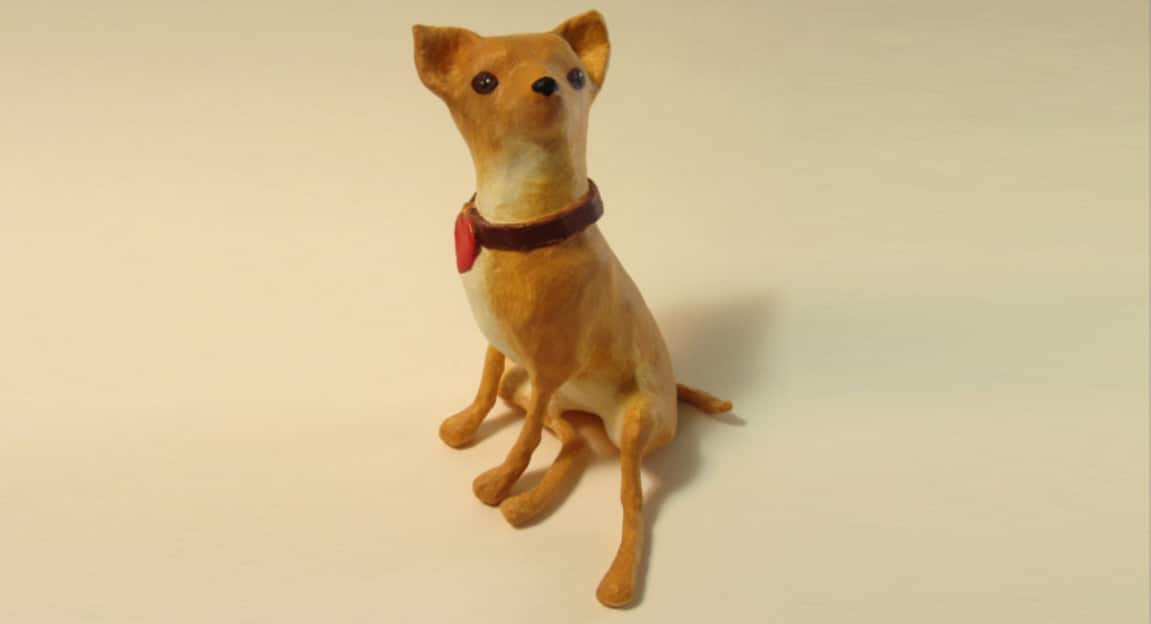 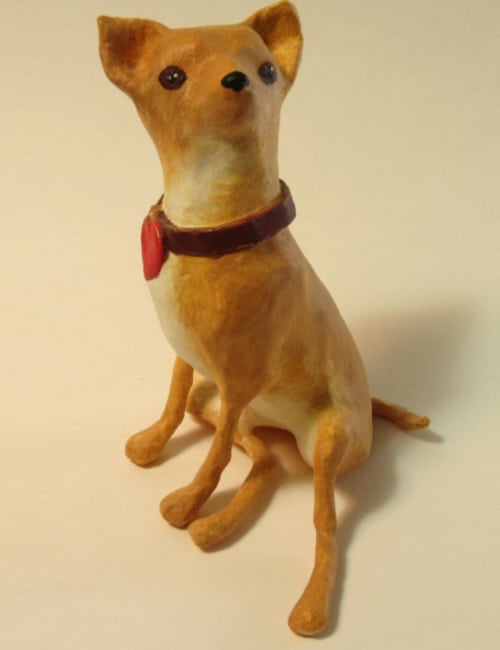 This free pattern shows you how to build your wire armature so all the proportions on your Chihuahua sculpture are right from the start.

Then you add crumpled foil to fill out the rounded forms – the pattern helps with that, too.

After your sculpture gets a thin layer of paper strips and paste, you’ll finish it with acrylic paint and varnish.

This little dog sculpture was the inspiration for my book Make Tiny Paper Mache Dogs. The book includes full step-by-step instructions, and patterns for 27 different breeds.

To make your Chihuahua you’ll need:

I had to make a new wire armature for the paper mache Chihuahua because I fiddled around with some experimental paste recipes that didn’t work very well. (Flour and water paste works just fine, so the experiments were silly, anyway).

I actually like the second version a bit better though, so maybe it was all for the best. (If you download the free pattern, you’ll be getting the “new improved version.” 🙂

When I made the second wire armature I didn’t have to work around a camera, so I was able to take more time and use smaller bits of foil, building up the shapes much like I would when working with clay.

The forms ended up being smoother. I also think the angle of the neck is more natural on the second version.

As I mention in the video below, the legs are also thinner, because I didn’t put any foil over the wire on the legs this time.

I did add small bits of foil for the feet, though.

And, I have to admit that I took some liberties when building the body shapes the second time I made him. On the first version, I tried to stay close to the shapes on the pattern.

The second time I played around a bit more. I was looking for “essence of Chihuahua,” rather than trying for a totally realistic version. I love using patterns, but they’re there to help us get started – we should never feel like we’re stuck with the shapes.

For some reason, I always like my sculptures better when I do them a second time.

I moved through the paper mache process in this video pretty fast, but it actually took about two hours to complete the paper mache layers – maybe even a bit more. It took most of the morning to build the new wire armature and add the paper mache. Not bad, really. 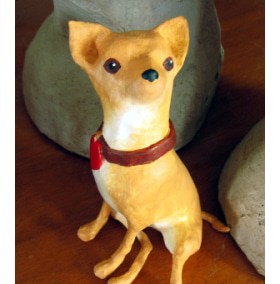 Doesn’t she look cute, sitting between the baby elephant’s feet?

This little paper mache Chihuahua was a lot of fun to make. I took more time than I needed to — it would be possible to make this sculpture in three days, if someone was in a hurry. For instance, if someone needed to make a really fast present for Valentine’s day. 🙂

The tiny size made it easy for me to leave out a lot of detail, like sculpted eyes or toes. I could have used a stiff brush to make ‘fur’ in the home-made gesso, but I decided I didn’t even want that much detail. The simplicity of the project really appealed to me for some reason. 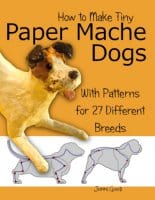 The wire armature makes it easy to change the posture and capture the attitude that you want, while still keeping all the proportions right.

As I mention in the video, I had so much fun making this little sculpture that I made lots more. You can see them all in my book . It’s now available on Amazon.com