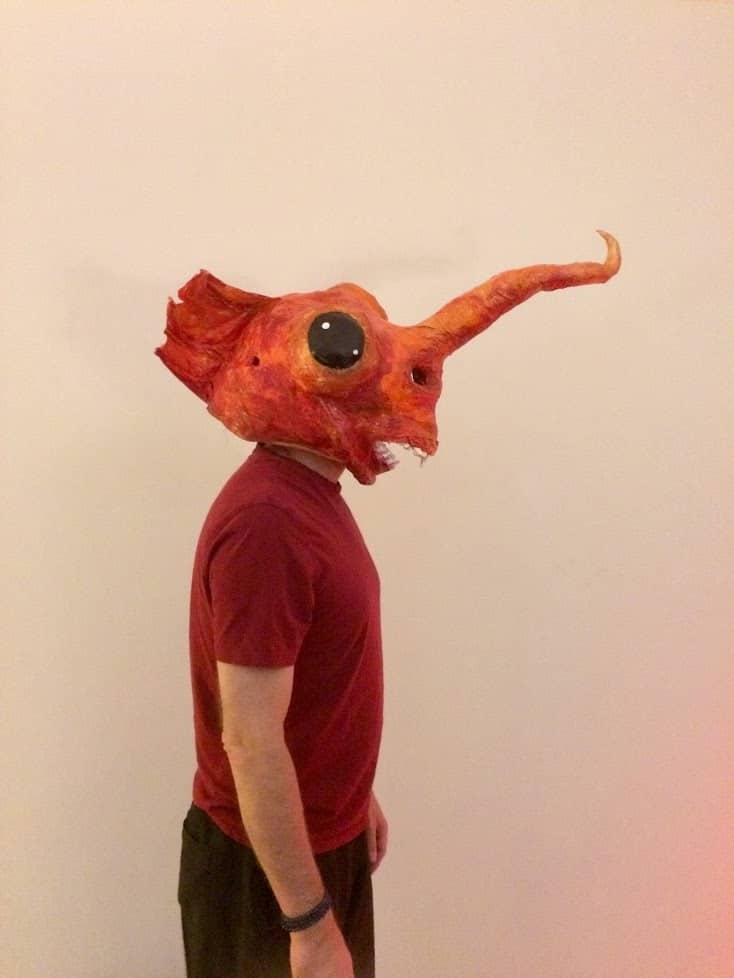 Made by Genevieve Shapiro

a couple years back i was volunteered to be the bunny at the annual egg hunt. they gave me a onesie costume and a little pink plastic nose on an elastic. but i’m 6′ tall and when i tried to put the costume on, it pulled up at the fork, smushed down at the head, and began to make ripping sounds at the neck.

so i volunteered someone else, and told the organizers that they need a footless suit and a separate mascot head. being a Jonni Good fan, i decided i was the person to make that mask/head! it’s probably slander now to say that i used any of your techniques. this is one of those projects that grew and grew and grew like the Blob from Saturn and wound up in a whole different genre.

i started out with a ball of paper bigger than a head. big heads are cute, right? then more paper and masking tape to make bunny features. then i put on a thin layer of paper clay. it worked! sort of. once i took the paper filling out, i had a big light clay helmet. but it was fragile, so i reinforced it with more clay. then i added bunny features. but it began cracking. so i used cloth mache outside, but then it was all lumpy and rough, so i added lots of gesso. when i tried it on, it sloped backwards, exposing my chin, so i added more weight to the muzzle. next time i put it on it was too loose inside and still slipped backwards so i put foam padding inside. it wasn’t looking good, but i thought “paint, that’s the missing step that transforms this into a cute and cuddly wee beastie.” so i painted it.

it looked like Donnie Darko’s little sister. the eyes, they were terrifying. so i added little white glints – that works on My Pretty Pony. and that made it worse. plus it was still slipping backwards, and needed more weight in the front, so i gave up on the bunny – it was summer by then — and decided a unicorn was the ticket. that would be cute and give weight in the front, and with some gold and silver paint would look gorgeous.

and it didn’t look like a unicorn. it looked like something with a proboscis, so i decided to run with that, and dragon/bugged it up.

this looked ok, now for halloween, but it was so heavy it made the top of the head sore. so i gave up, and passed it on to a theater troupe. (in the photo you can see the wearer hoiking the “bunny” back up….)

the neanderthal mask (also Jonni’s recipe) was so popular it was stolen from a display and only returned a week later after i had a guy visit a guy who knew a guy….

so people – now it’s August: the time to start making masks for Halloween, everyone! get sculpting – even if it doesn’t turn out the way you want, it will serve some purpose somewhere! 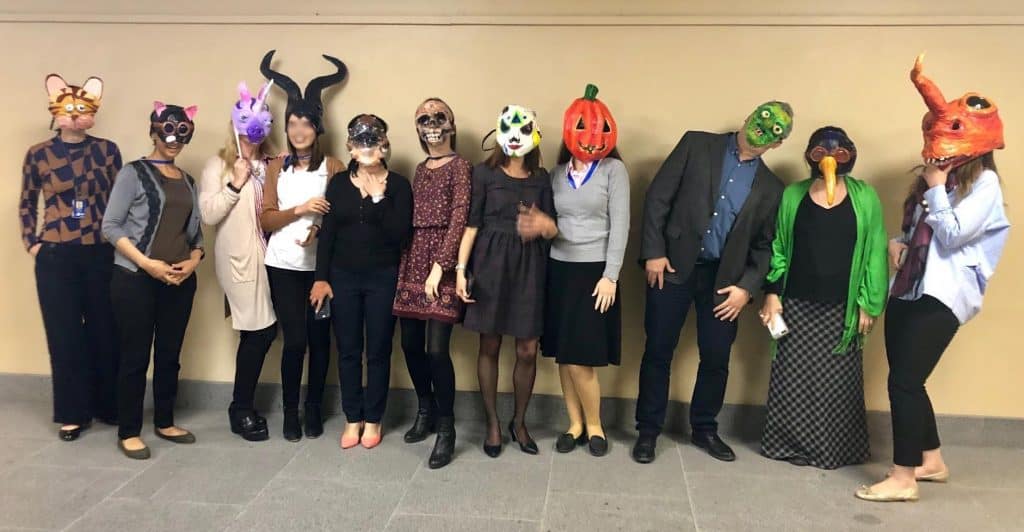 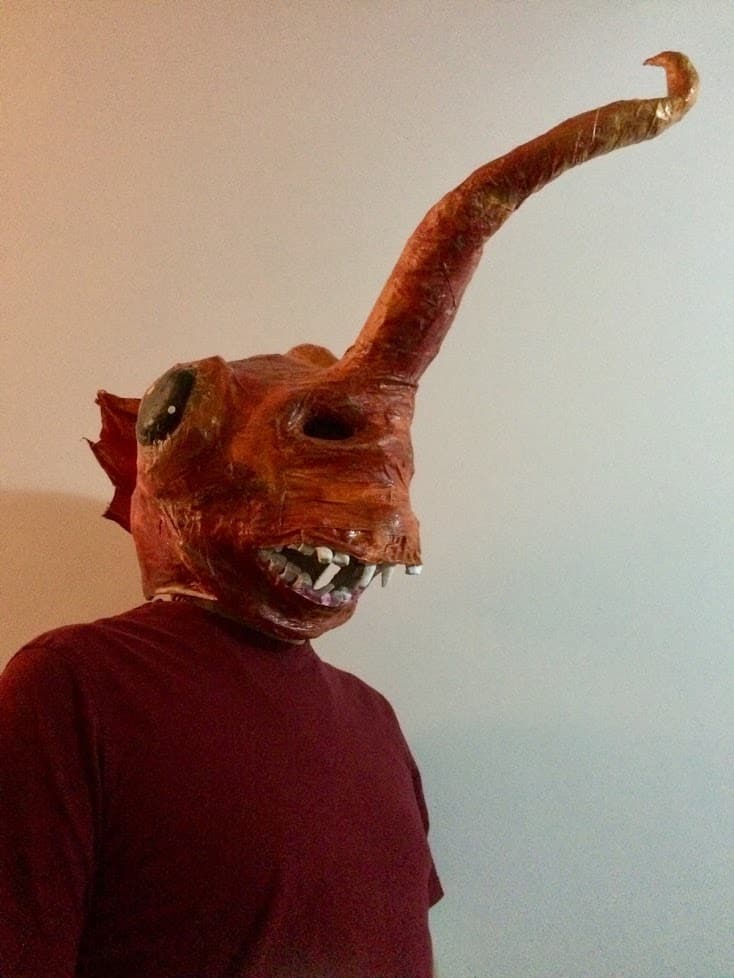