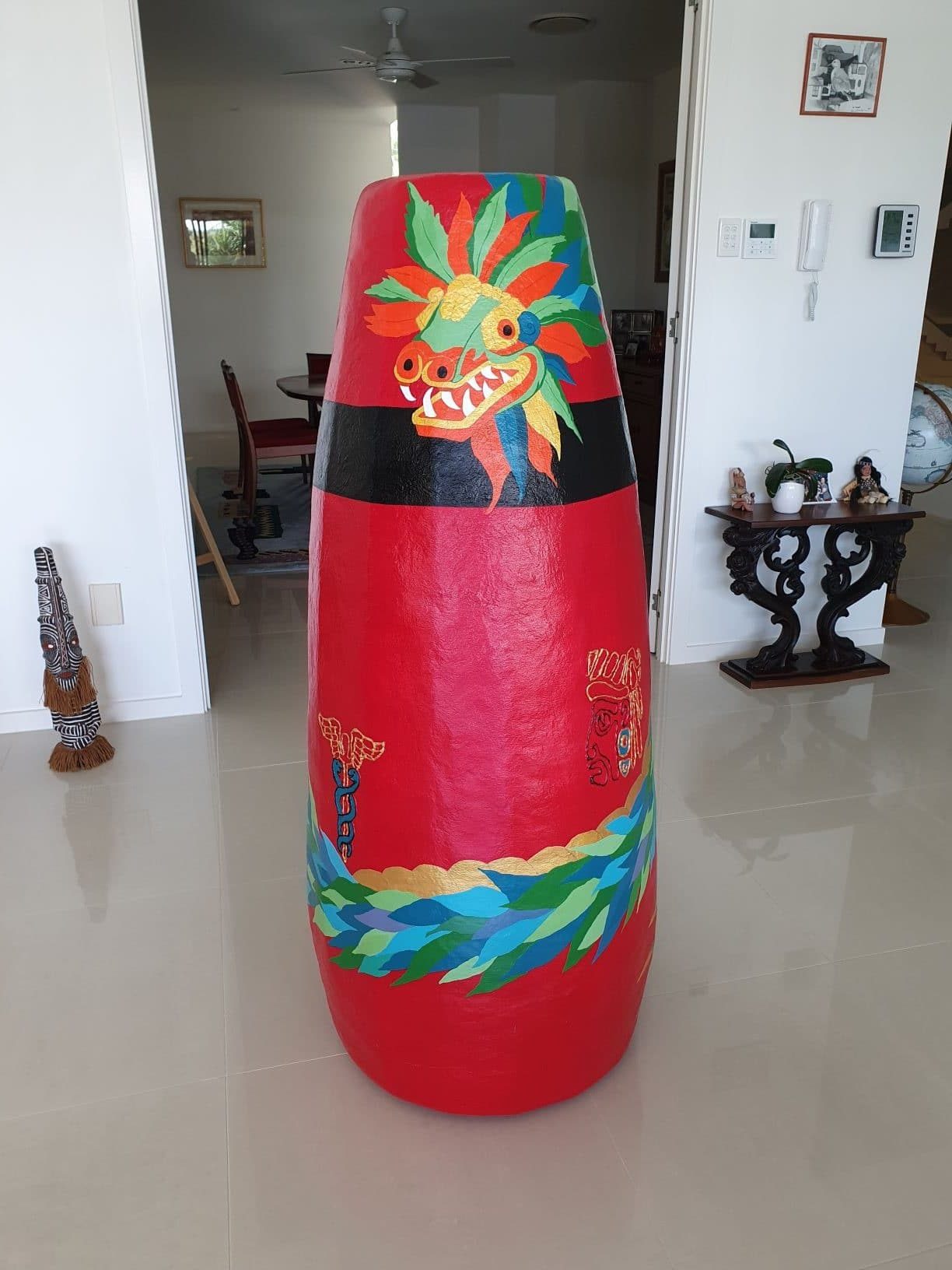 Made by Fran O’Meara

Hello Jonni and fellow papier mache enthusiasts. This is my second attempt at papier mache which has taken approximately 8 months to complete.

This is a floor vase. It is now sitting in my family room in a position where you can see it from all angles as it has interesting figures all around it.

I constructed the vase by designing a pattern on graph paper then traced it out onto a large cardboard box pulled apart and laid flat. There were 20 fins to make up the shape of the vase and in the middle was a heavy cardboard cylinder which is 1.5 metres tall (59 inches). 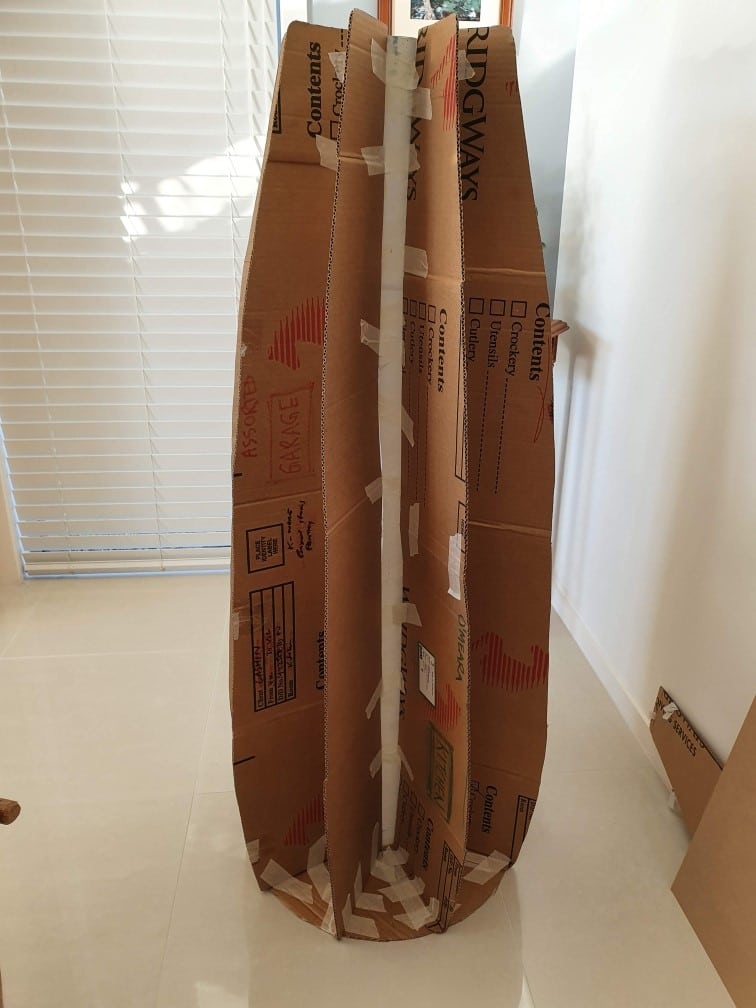 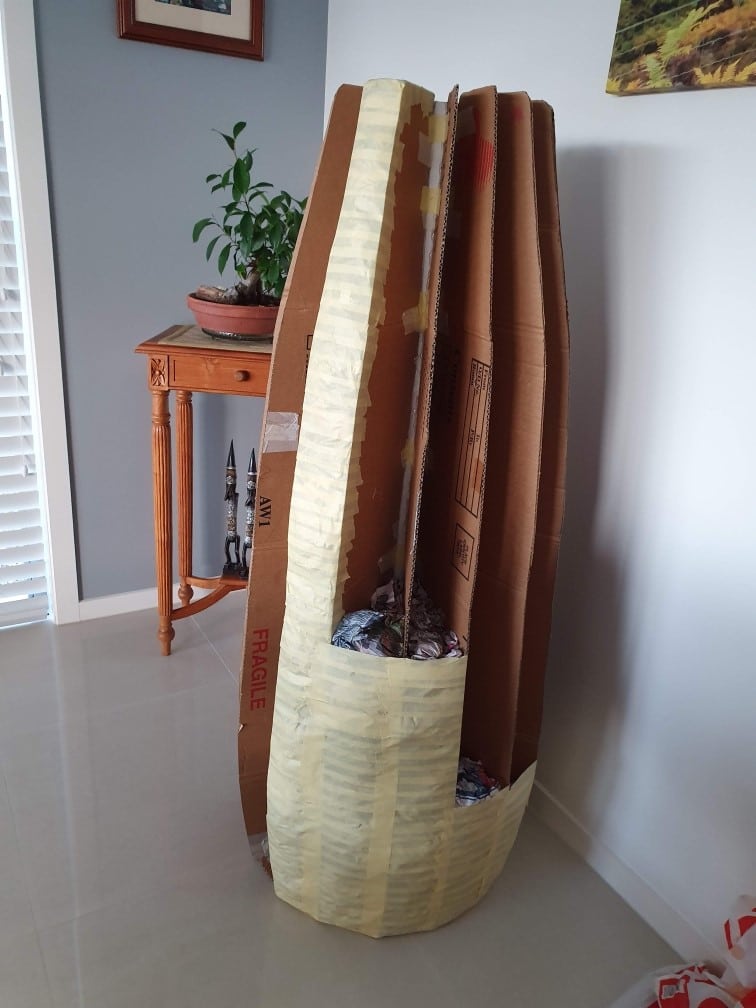 I then used many buckets of Jonni’s amazing Original recipe papier mache clay with the grams measurements which makes perfect clay every time. This was smoothed on all over the vase and I left a hole in the cylinder at the top about 12 inches down to give the vase a more authentic appearance. I stuffed scrunched newspaper into the cylinder and then finished the inside of the vase opening with clay. After finishing the clay I then plastered the vase in joint compound which gave a smooth surface. I then painted the vase in Gesso as a primer.

I decided on an Aztec theme. I then drew Aztec symbols and characters onto the surface. I used a hot glue gun and traced over the symbols with 2 layers of glue which raised the symbols up from the vase. I painted them in gold, turquoise blue and black which are the Aztec colours. I painted the rest of the vase with 2 layers of royal red acrylic paint with a black band.

After completing the symbols I sketched an Aztec dragon called a Quetzalcoatl onto the vase and proceeded to paint the dragon in various acrylic paint colours.

Even though the vase is to remain inside, I will paint it in epoxy resin to preserve it as I live in a tropical climate with lots of humidity.