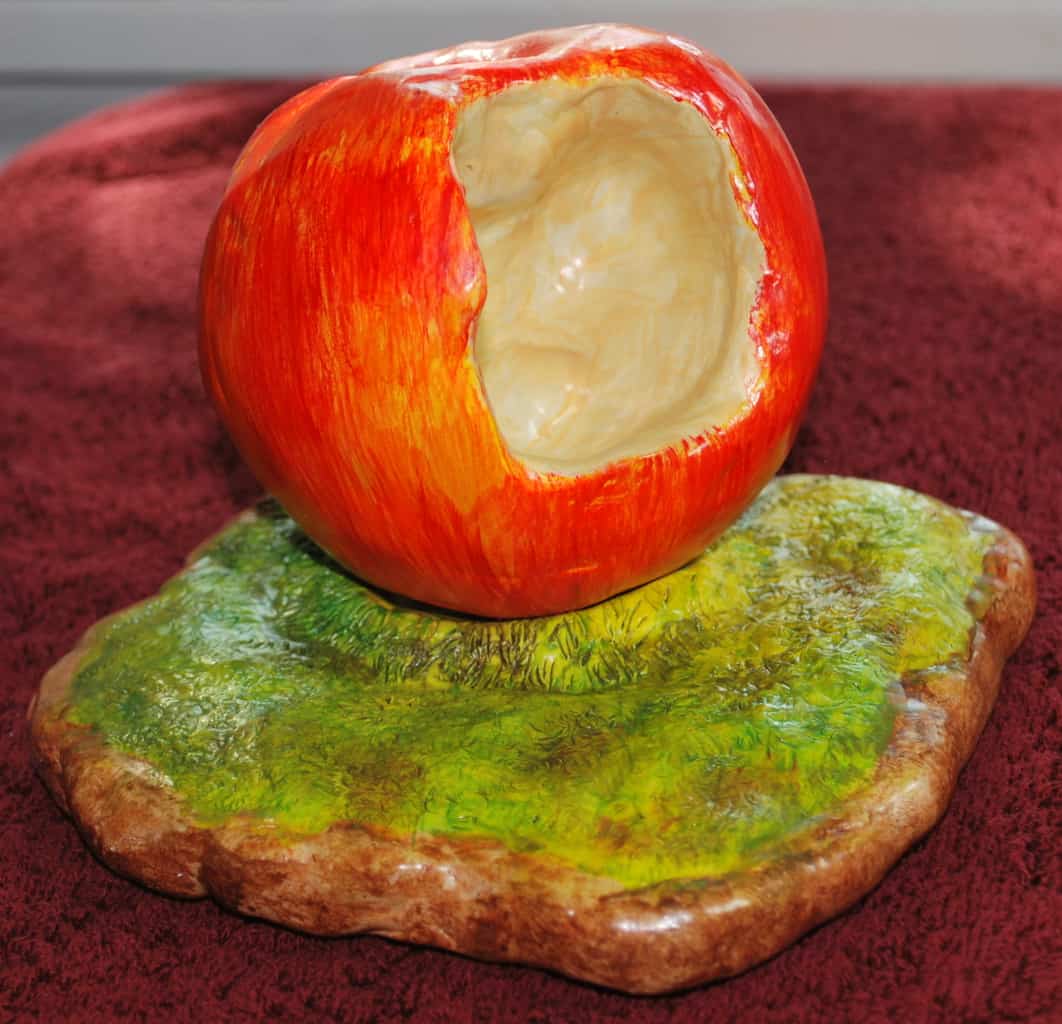 The project is only half here. My friend from the Isle of Man sends me and my sister a calendar every year from England that benefits children. The photographs are spectacular. This month’s photograph was a mouse sitting inside an apple, happily chewing away. I was taken with it, and when I went grocery shopping, out front was a stand with large apples to dip in Carmel (I never understood that). I bought one, took it home, wrapped it in Saran Wrap, and covered it with apoxie sculpt. I worked on it a bit at a time. About three weeks later I got a text from my sister saying her mouse needed a home and she wanted to order an apple (not knowing I had made one). I laughed and sent her a photo of the yet unpainted apple. She had the mouse; I had the apple. It is her birthday Monday, so guess what she is going to get?

I made a little turf for it to sit on, slightly tilted to show the hole more easily, mainly for the mouse to stand up in it. 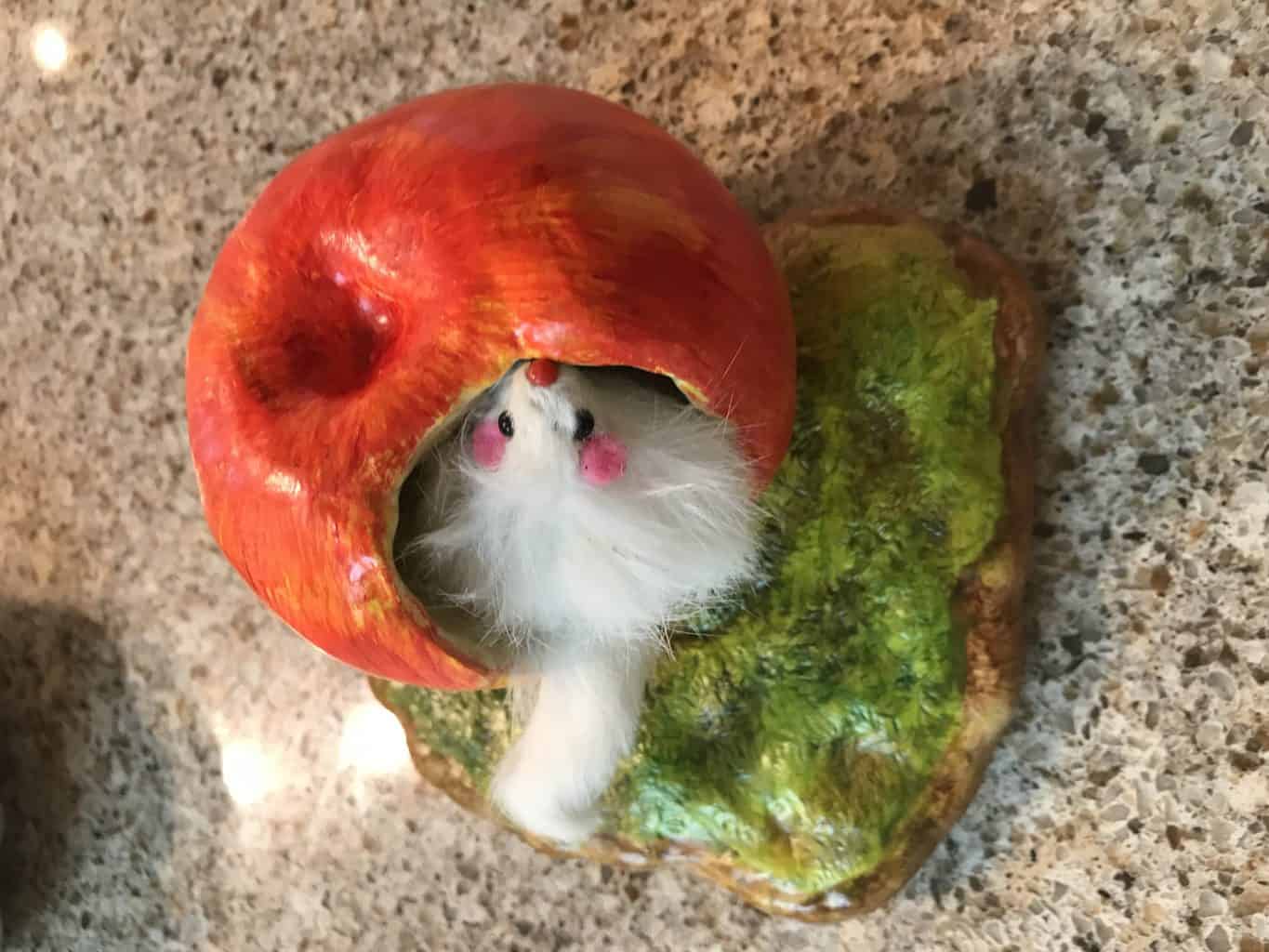 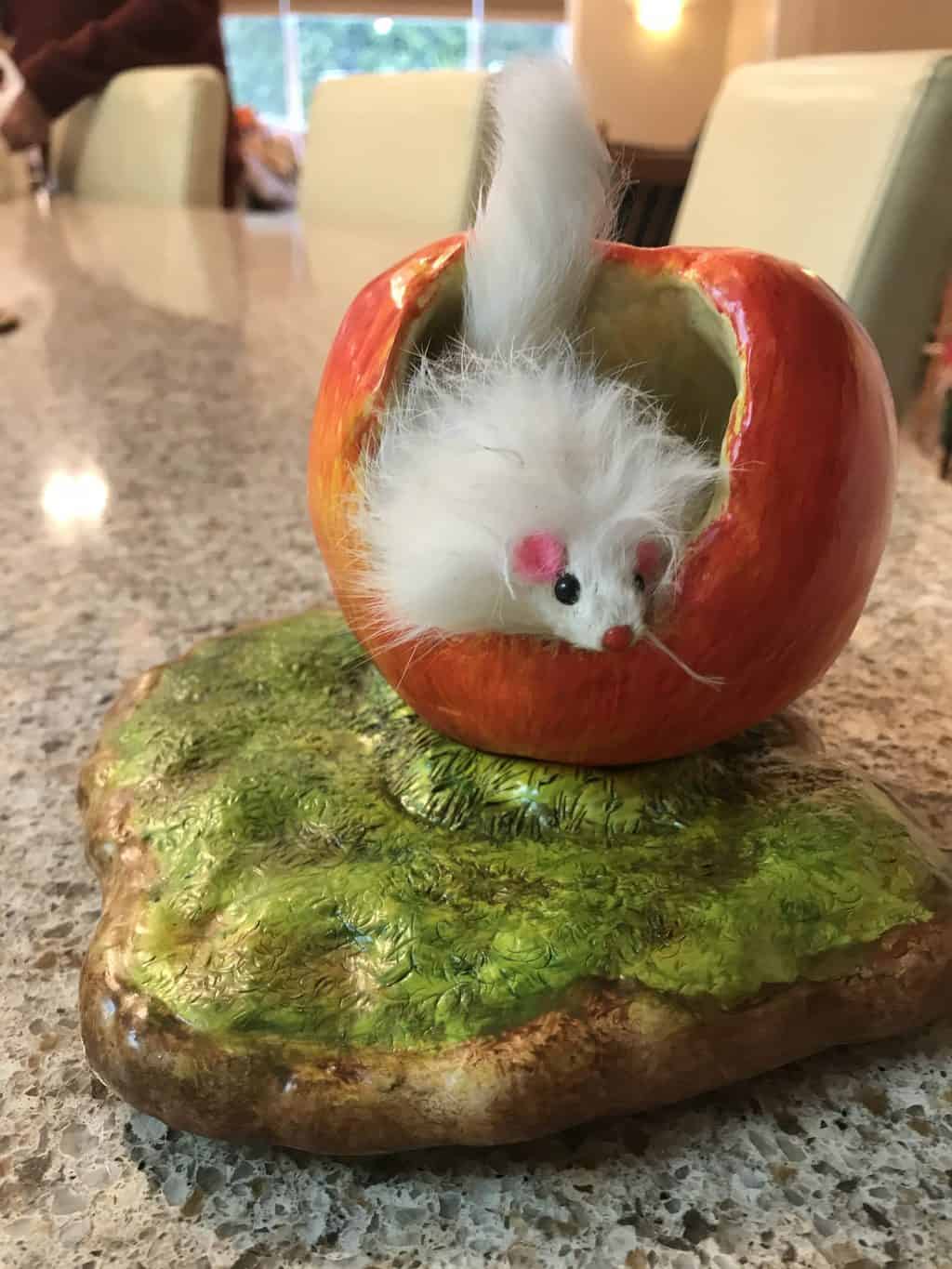 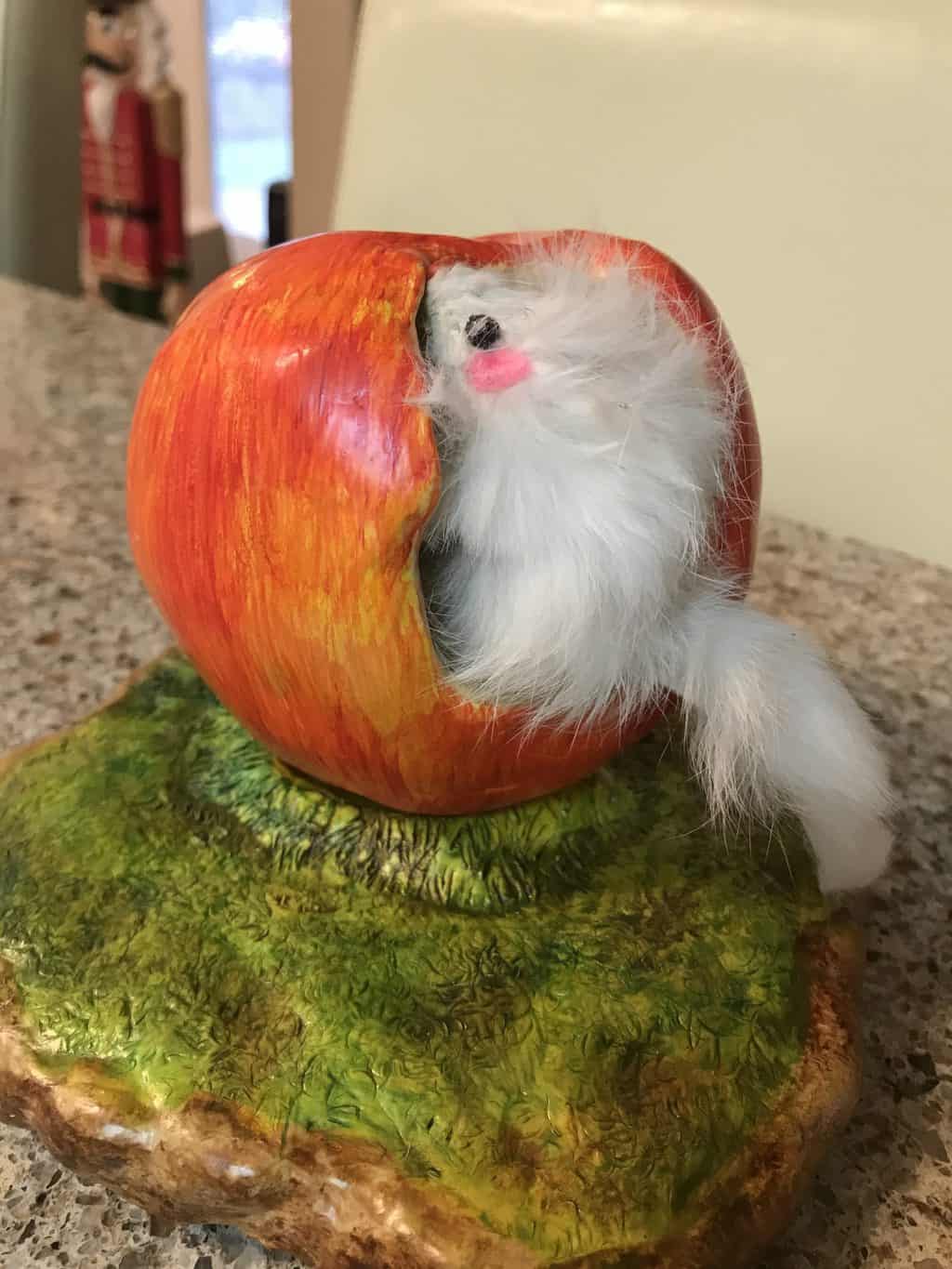 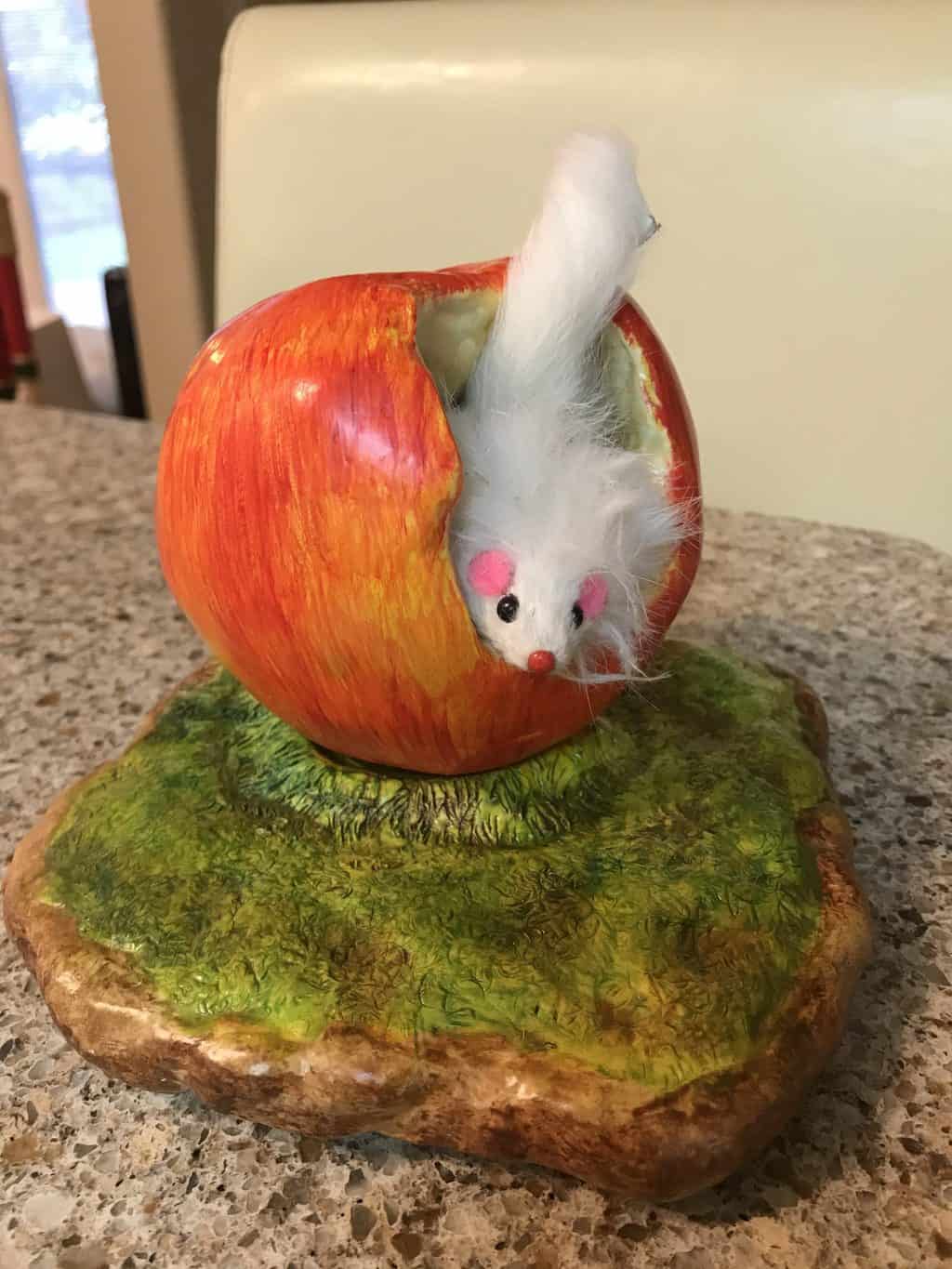