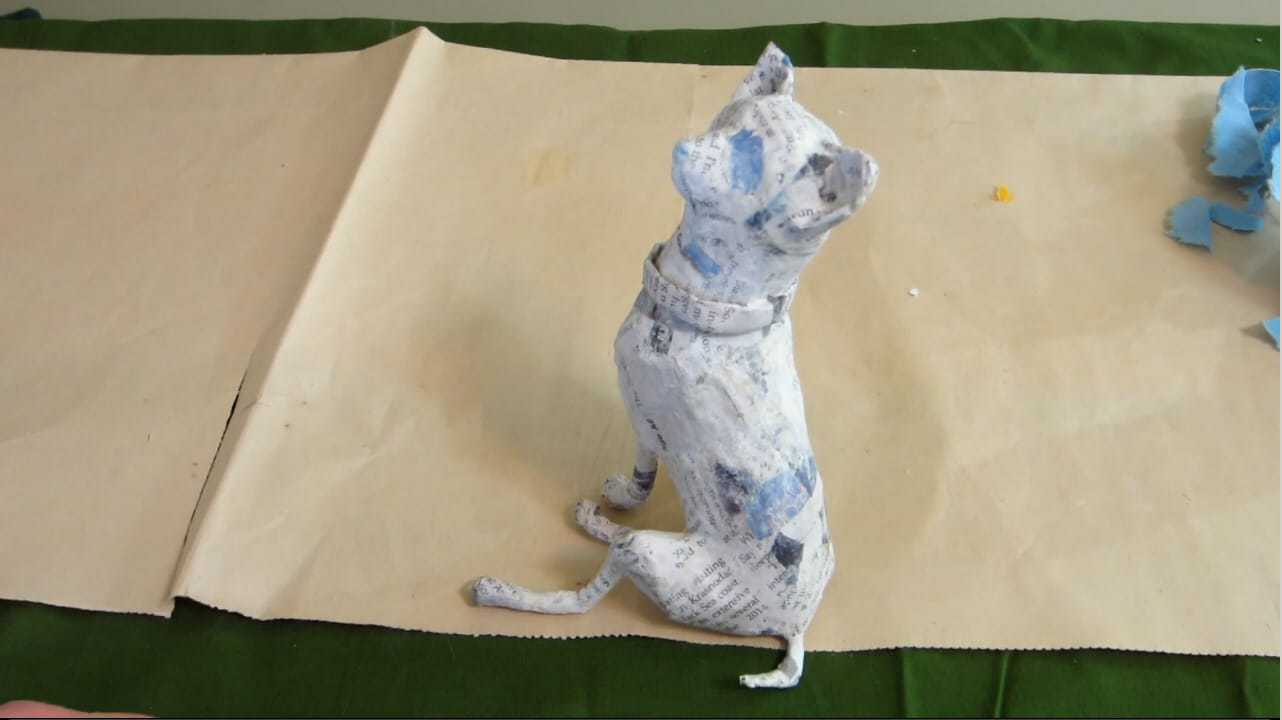 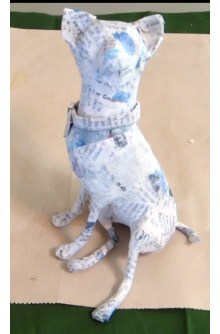 Well, I had to make a new wire armature for the paper mache Chihuahua, because I fiddled around with some experimental paste recipes that didn’t work very well. (Flour and water paste works just fine, so the experiments were silly, anyway).

I actually like the second version a bit better though, so maybe it was all for the best.

When I made the second wire armature I didn’t have to work around a camera, so I was able to take more time and use smaller bits of foil, building up the shapes much like I would when working with clay. The forms ended up being smoother. I also think the angle of the neck is more natural on the second version. As I mention in the video, the legs are also thinner, since I didn’t put any foil over the wire on the legs this time. I did add small bits of foil for the feet, though.

And, I have to admit that I took some liberties when building the body shapes this time. On the first version, I tried to stay close to the shapes on the pattern. The second time I played around a bit more. I was looking for “essence of Chihuahua,” rather than trying for a totally realistic version. For some reason, I always like my sculptures better when I do them a second time.

I moved through the paper mache process in this video pretty fast, but it actually took about two hours to complete the paper mache layers – maybe even a bit more. It took most of the morning to build the new wire armature and add the paper mache. Not bad, really. When she’s dry she’ll need some light sanding and a coat of gesso, and then she’ll be ready to paint. Stay tuned. 🙂

I had so much fun making this little Chihuahua that I decided to write another book, just for tiny dogs. You can see it here, on Amazon.com